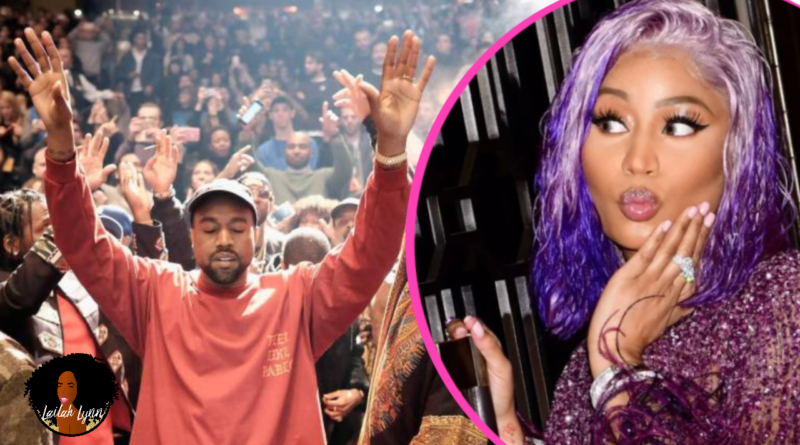 Nicki Minaj recently revealed on her Apple Music podcast that her friend and fellow musician, Mr. Kanye West, is a born again Christian!

This is news to many people, including Kanye West’s fans and haters, because there has been a lot of doubt over the years regarding Kanye West’s relationship with God. In my opinion, it’s almost like he mocks God!

Personally, I thought Kanye West might be a Christian when he published “Jesus Walks” and had the hip hop community singing along.

But I started to wonder if he really worshipped the same God as I do when he started calling himself ‘Yeezus” circa 2013. Kanye West had a song on the Yeezus album called “I Am A God”, and calling yourself a God goes against everything the Bible teaches. I don’t care if he was just boasting or being facetious, one thing you don’t do is mock God!

And although initially I felt like Kanye West’s Sunday Services might be his way of healing his heart and worshiping God with a body of other believers, once he started selling merchandise there, he lost me!

But according to Nicki Minaj, Kanye West professed his faith in God to her recently. Nicki’s conversation about Kanye West turning to God starts below at the 1:33:00 mark:

What do you think about Kanye West proclaiming he is a born again Christian? Leave a comment and let me know!