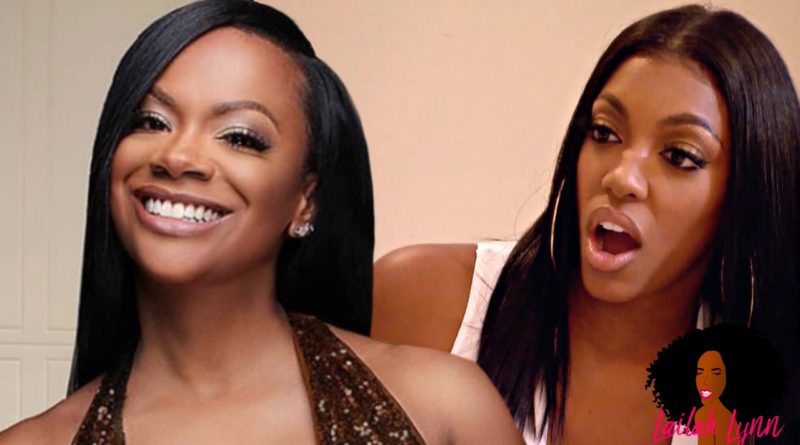 I am so excited! I am seeing growth from one of my favorite housewives of Real Housewives of Atlanta! Kandi Burruss Tucker has announced that she and Porsha Williams are cool again!

Kandi posted on Instagram yesterday that her and Porsha Williams are “cool again” and I couldn’t be more happy to hear that.  Kandi and Porsha are two of my favorite housewives (along with Nene, Kenya, Cynthia, Phaedra and Sheree) so I am glad to see them putting the past behind them and letting by gones be bye and gone!

Kandi posted this throwback clip of her show, Kandi Koated Nights, and she said in the caption:

Here are some throwback clips of a few @kandikoatednights episodes that we did when our show was still online with @amberrose @tamiroman & @porsha4real (I guess it’s ok for me to post you since we’re cool again after this weekend…😂) We’ve had some really great guest over the years. Thank you to every guest that has ever been on #KKN! Now we’re taking this epic show to tv! Tune in this Sunday night July 1st on @bravotv at 9pm (Power premiers at 8pm so stop getting in my comments saying we’re competing. Just make sure to tune in to @bravotv as soon as Power goes off! 😁) Less than a week! It’s been a dream of mine to see #KandiKoatedNights make it to tv. Dreams really do come true! 🙌🏾🙌🏾🙌🏾

So this past weekend, if you didn’t know, Kandi, Porsha, Marlo, Eva and Cynthia were all filming in Miami with Nene.  Nene was hosting one of her Girls Night Out comedy shows and opening a new boutique in her boutique chain called Swaggalicious. So all the ladies came there to surprise her.  And apparently while they were there, Kandi and Porsha were able to hash things out – for real this time!

And the reason it was so important for all the ladies to all be there and all support Nene is because, as you know, Nene’s husband Gregg is dealing with a cancer diagnosis.  From what it looks like online, Gregg has had the surgery to remove the cancerous cells, so things are looking good.  But Nene does need a lot of support at this time and that’s what the girls were there to do.

So it looks like Kandi  and Porsha have buried their beef once and for all and not just laid it to the side to pick it back up later.  And I think the reason they’ve been able to do that is because the energy around them has been positive.

You guys know I love Phaedra, but the last time Kandi and Porsha tried to have a healing moment, at the Restoration Service on Season 9, Phaedra was there conducting the whole thing.  And being that Phaedra actually orchestrated the drama between the two ladies, IMO, it was impossible to resolve the drama with Phaedra there and Phaedra not coming clean about her part in it.

And, yes they have spoken about it since then on Season 10 and at the Season 10 reunion.  But it seems now that reality has really set in for the cast.  And they’re seeing how real things can really get (as far as Gregg’s health) they’ve decided to bury their beef and worry about what matters most – and that’s supporting their friend.