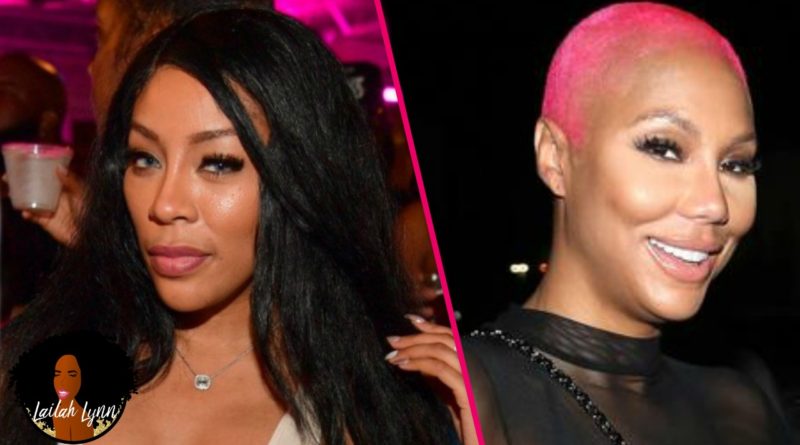 About a week ago Tamar replied to a fan’s comment when he brought up the fact that the Braxton Sisters left Traci in the cold when they had their singing group, so they shouldn’t be surprised that Traci is not siding with them over the WeTV Braxton Family Values pay strike.

And another fan agreed with him and said:

And Tamar replied to her and said:

Now from what I’ve heard Love and Hip Hop paychecks have been known to be in the hundreds of dollars per episode.  Not thousands, but hundreds.  But that’s just what I heard.  Love & Hip Hop allegedly gets people to appear on the show by giving them a national platform to promote themselves and parlay that into making money outside the show.  But they don’t actually make much money for doing the show – from what I’ve heard!

Anyway, K. Michelle caught wind of what Tamar said and decided to clap back on her live last night.

#PressPlay: It’s safe to say #KMichelle is still not here for #TamarBraxton 😩

Before I recorded this video I was doing my research for it, and I realized that the beef between K. Michelle and Tamar Braxton started in 2012. 2012. So it’s been 6 whole years that these 2 ladies have been throwing shots at each other.

Patti Labelle tried to make peace between them in 2015 at the BET Awards. But that truce was short lived and now their back throwing shots at each other whenever they see an opening, which is so crazy to me.

What do y’all think of K Michelle clapping back at Tamar? Do you think Tamar was talking about her in the first place? Leave a comment and let me know what you think!