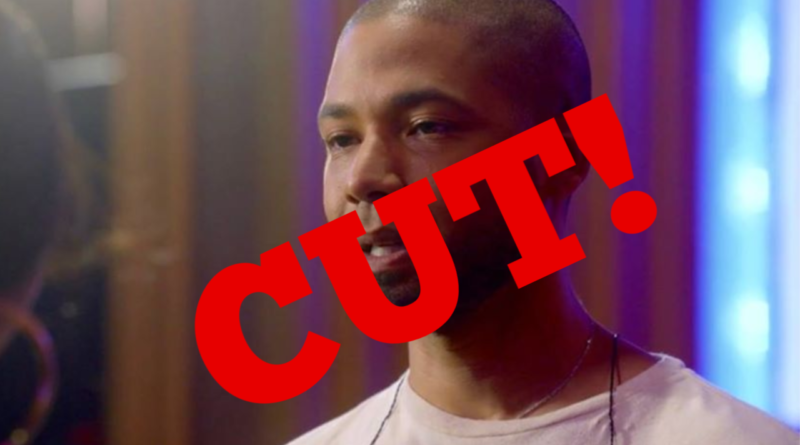 This story comes via my sister Shawn. There have been claims that Jussie Smollett staged his own attack in order to make himself more relevant to the culture and thus save his job on Empire, which some claim was in jeopardy.

Last week it was stated by Empire representatives that actor Jessie Smollett was NOT being let go from the Empire cast. As a matter of fact, Empire writer/director Danny Strong tweeted:

So it seems that there was absolutely no reason for Jussie to stage such a heinous crime for attention.  However, TMZ  news states that as a result of the allegedly staged attack, not only has Jessie been cut out of more than half of his scenes but he’s also been cut out of a huge solo performance.   Writers have been called in to rewrite scenes. And it’s possible that his cast mates may even have had to re-shoot previously recorded scenes.

Jussie’s current production and filming schedule has immediately been minimized to a few days this week with no rehearsals.  Do you think that means his cast mates are refusing to work with him now after new evidence to popping up of Jessie orchestrating this whole attack?  Or do you think it’s for the safety and protection of the cast and employees? Leave a comment and let me know!

As of today, 2/19/19,  Jussie still has a job on Empire.   There hasn’t been any word if they are keeping him on payroll until this all dies down or just until the end of the season.  Either way, it’s going to be a long ride as prosecutors are now pushing a grand jury to try this case.  If found guilty of falsifying a criminal report or related charges, Jussie could be spending years behind bars.

Jussie claimed he is innocent in his interview with Robin Roberts on GMA.  However even the staff that were present felt that his story was a little shaky, especially after being adamant about appearing on the show.

Do you think this negative attention will pull on the ratings of the show for this upcoming season? Do you still believe that Jessie Smollett is a victim?Should Empire outright fire Jessie now or wait until the final verdict?  Leave a comment and let a sista know!