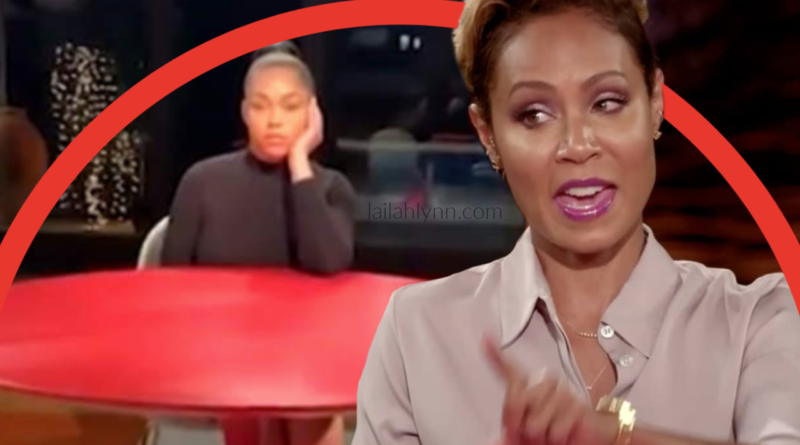 Jordyn Woods has changed her story and she now says she wasn’t drunk when she made out with Tristan Thompson. And she’s really sorry for what she did.

Thats what sources behind the scenes are saying about Jordyn’s Red Table Talk. Sources with knowledge of the conversation tell TMZ [that Jordyn] Woods made no excuses for her actions, which sent the Kardashians into outer space. [And] she admitted she was totally lucid during the party a week ago Sunday.

According to the tea on the Ask Herbie app Jordyn thinks the Kardashian family is purposefully trying to ruin her since the Tristan Thompson incident. In case you haven’t noticed, now that it was revealed that Jordyn hooked up with Tristan, there are also stories saying that Jordyn hooked up with Khloe’s other ex, James Harden, too! And some are saying that that story was planted by the Kardashians to get back at Jordyn.

Jordyn reportedly said that the Kardashian family (especially Kim) can break her in every way (professionally, socially, and monetarily) which is why she reached out to Jada Pinkett Smith to tell her side of the story on Red Table Talk, which airs tomorrow. Sources said that after Jordyn let it all out on Jada’s Facebook show, she felt a lot better about her future.

I’m sure Jordyn does feel a lot better now that she has gotten that weight off her shoulders by confessing to exactly what happened. According to the tea on the Ask Herbie app, the Kardashian family wanted Jordyn to confess and take full responsibility for her part in the mess before they would even consider forgiving her. Sources report:

The Kardashian family isn’t buying her story, and is upset she hasn’t delivered a “proper apology.” Sources tell us if Woods admitted her wrongdoing and apologized for publicly humiliating Khloé and the family, it would help alleviate the damage, but she is refusing to admit she was an active participant. As one source put it, Woods needs to “Just say I’m sorry and I was wrong,” so that everyone can start the healing process.

So it sounds like Jordyn got that message loud and clear and that’s exactly what she did on Red Table Talk.

Do you think that now that Jordyn has taken full responsibility for her actions the Kardashian family will forgive her and stop dragging her name through the mud? Or do you think it’s too late and that Jordyn is already set to be dragged on the next season of Keeping Up With The Kardashians? Leave a comment and let me know what you think!

And here are some details about the “Ask Herbie” mobile app so you can sip the tea for yourself.