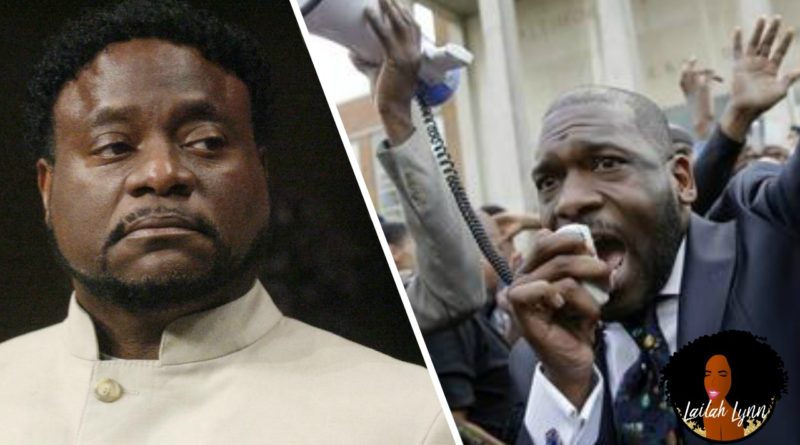 Pastor Jamal Bryant was named the new senior pastor of New Birth Missionary Baptist Church in Stonecrest on Monday evening. Allegedly, one hundred thirty-eight candidates were considered for the position of pastor, and eventually Jamal Bryant was chosen.

The announcement was made from the pulpit of the DeKalb County church on Monday evening and was allegedly met with with applause and a few gasps.

Personally, I’m surprised to see Jamal Bryant leave the church that he founded and pastored for almost 20 years.  But it was announced Sunday, November 18th, that he was stepping down as the pastor of Empowerment Temple.

And at that point it was speculated that he was stepping down from Empowerment Temple to step up at New Birth.  And that speculation turned out to be truth.

Bishop Stephen A. Davis, who stepped in as interim senior pastor of New Birth Missionary Baptist Church in DeKalb County  after the death of Bishop Eddie Long, resigned this past June. So since June New Birth has been without an official pastor.

At one point, New Birth membership rolls counted 25,000 members. But after the church was rocked by a scandal in 2010, membership started to decline. And at this point less than half of those members remain.

If you recall, Bishop Eddie Long was named in a 2010 lawsuit by several young men who alleged the bishop used his influence, trips and gifts to coerce them into sexual relationships. The court case was dismissed and settled out of court.

And although Jamal Bryant has been chosen to rebuild New Birth membership and ministries, he is not without his own scandals.  Jamal Bryant admitted to an extramarital affair when he was married to then-wife, Gizelle Bryant, who is one of the stars of Bravo TV’s “Real Housewives of Potomac.”

And speaking of the Real Housewives, it was also alleged that Jamal Bryant was the “Mr. Chocolate” that Apollo alleged that Phaedra was texting.  Here on this channel we blew up the text messages that Apollo printed from Phaedra’s phone.  And we found that the messages were actually not sexual at all, as was alleged, but they were messages of spiritual encouragement and motivation.  I’ll leave a link to that video in the comments if you need to refresh your memory.

But to be specific, one of the messages said:

In any case, Jamal Bryant is believed to be able to appeal to a younger generation.  Bishop Eddie Long was 63 when he passed, and as I mentioned Jamal Bryant is 47.  So he is a much younger pastor and he is much more involved in political and social issues.