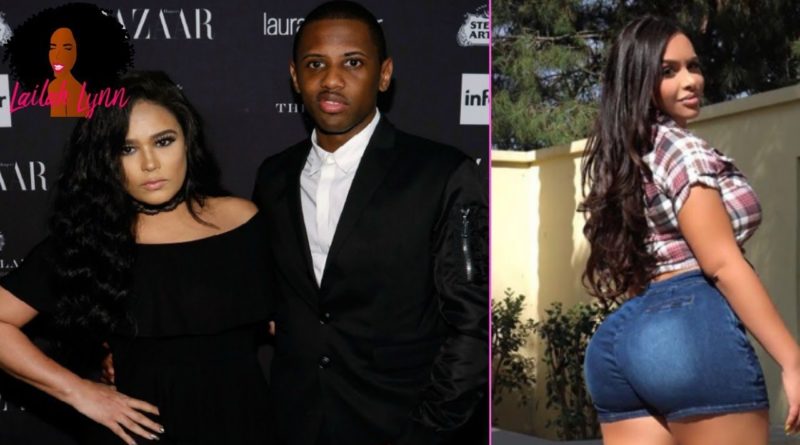 WARNING – To the young ladies out there watching this video – just know that once you let a man disrespect you like Fabulous has disrespected Emily B – it just doesn’t stop.  It goes worse and worse and they find new ways to disrespect you every day.

Fabulous allegedly knocked Emily B’s teeth straight out her mouth a few weeks ago in a domestic dispute.  And since then he’s had charges pressed against him, but him and Emily B have reconciled.

Emily B even posted pics of Fabolous with her family on Father’s Day.  In one picture she shared Fabolous, their son, and her uncle and grandfather were all captured together. 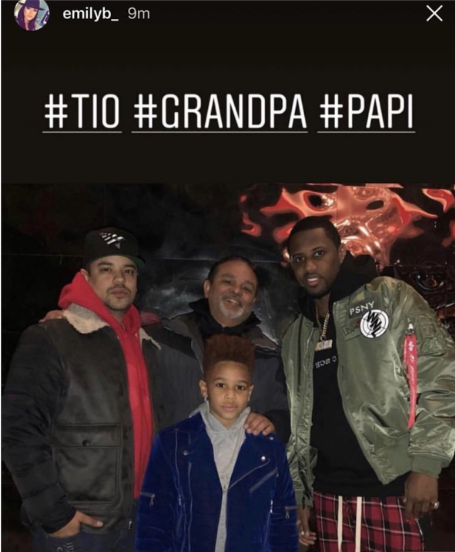 And in another she posted Fabolous with her daughter and their two sons and captioned the picture “Happy Father’s Day @myfabolouslife! Thank you for being such an amazing father to our children! WE love you!

“We!” love you. So clearly, Emily B still loves the man that allegedly knocked her teeth out her mouth and threatened her father for defending her. 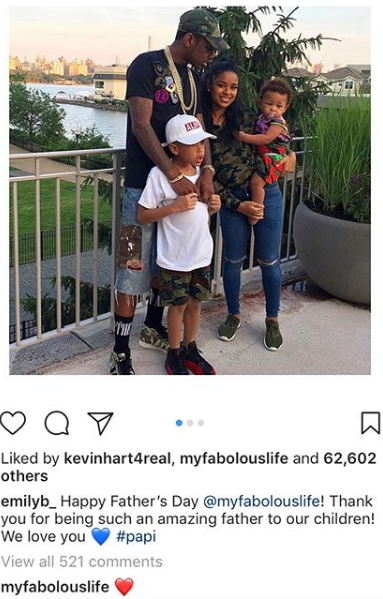 But just yesterday, an Instagram model put Fabulous on blast for sliding in her DMs!   She posted a screen shot of the message she received on Instagram from Fabolous asking her

And y’all know what that means!  He was definitley trying to see her, in NY. And I bet if she had responded and told him where she actually lives, he would have been willing to fly her to NY to see him.  Trust me. 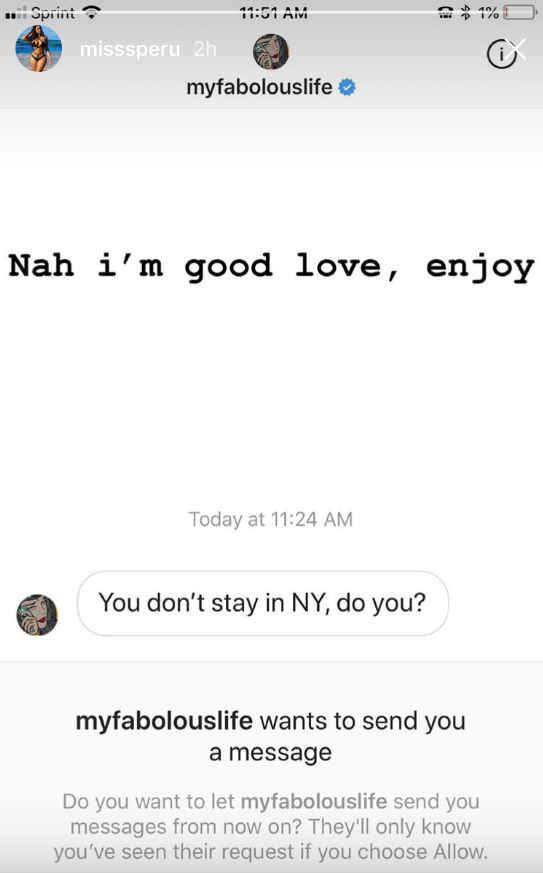 Anyway, she captioned the picture “Nah, love, I’m good.”  And then she posted another picture listing all the reasons she would never meet up with Fab.  She said: 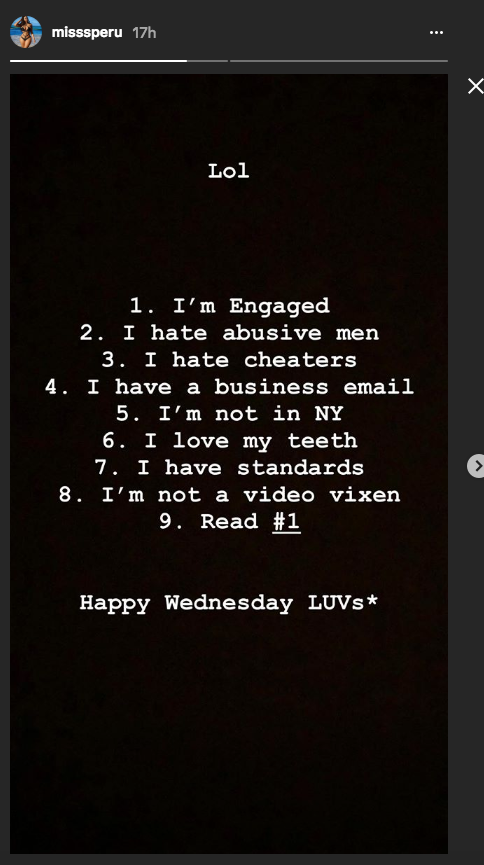 That’s how SHE responded because she has some morals.  But I’m sure there have been other women that have been willing to meet up with Fabolous and men like him.

What do y’all think of Fabolous still trying to cheat on Emily B?

I know Emily B lives in denial and probably doesn’t believe that Fabolous is still out here trying to cheat on her.  I’m sure Fabolous probably told her that he was reaching out to this woman for some other reason, other than the obvious.

And we all know that Emily B wants to live in her own little world with “positive vibes only”.  That’s why she posted this message on Father’s Day. 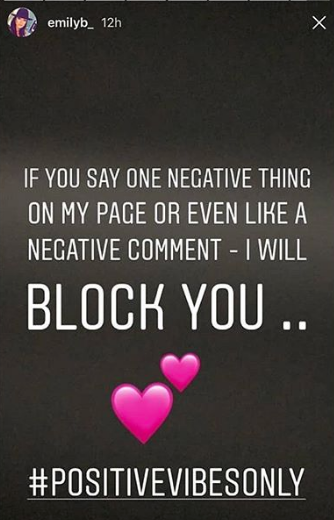 On Emily B’s most recent post, which is an ad for that Flat Tummy Tea, some of her followers have asked her about the situation: 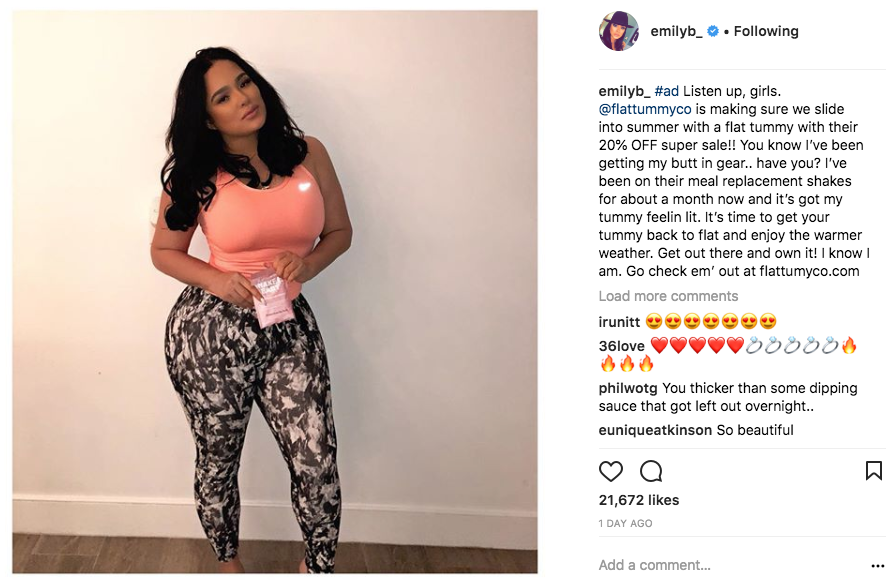 That last comment looks like it was written by a teenager.  And so even a teenager knows that Emily B is just putting up with wayyy too much from Fabolous, and at this point she’s becoming a bad role model for her daughter.

Please leave a comment and let me know what you think about this situation? Why do you think Emily B allows Fabolous to do this to her??? It can’t just be about money, it can’t.