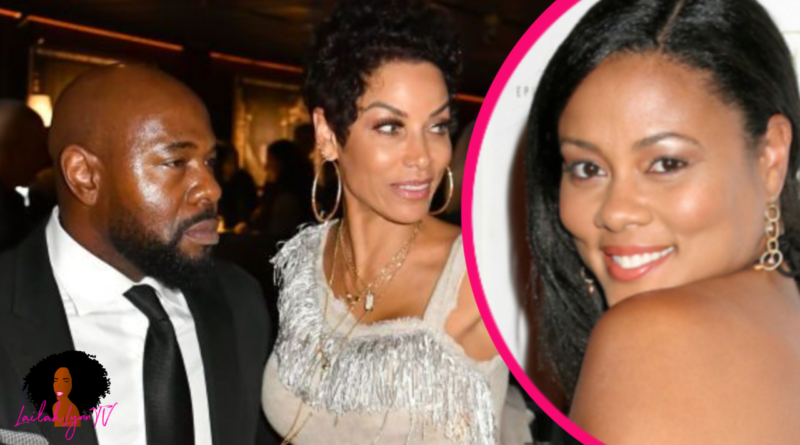 Yesterday, Hollywood Unlocked exclusively reported that famed director Antoine Fuqua had been caught on camera kissing Nicole Murphy, model and ex-wife of Eddie Murphy. The paparazzi snapped multiple pictures of them kissing on the mouth outside an establishment in Italy.

It seems unusual to me that the paparazzi would be following either one of them on their own. Antoine Fuqua is known more for his behind the scenes work and I don’t think the paparazzi follow Nicole Murphy around like that either.

So what it seems to me, is that Lela Rochon may have known that Antoine was seeing Nicole Murphy behind her back. And she might have used this opportunity, when he was in Italy at a hotel with Nicole, to call the paparazzi and get them caught on camera kissing and canoodling and carrying on like they were.

As an actress, I’m sure Lela Rochon knows exactly how to get in touch with the paparazzi and tell them where to show up (like a lot of celebrities do secretly.) And I think it’s likely that Lela told the paparazzi to be outside this particular hotel in Ischia, Italy to catch them!

I don’t think these pictures were caught randomly at all. I think this was a calculated move by Lela Rochon to put Antoine Fuqua and Nicole Murphy on blast.

Since the pictures surfaced, Lela Rochon has deleted her social media accounts. And many news outlets are portraying her as a weak victim in this situation. But, IMO, based on how she connected Antoine’s side chicks in the past, I think she may have been the mastermind behind the pictures being captured by the paparazzi. I don’t think she’s a weak wife at all.

Now it seems like Lela Rochon has finally gotten fed up and decided to put him on blast before ending their marriage!

That’s what I think based on the fact that Lela Rochon used his mistresses to put him on blast before. I think she is behind this coming out now and I want to know what you think as well.

One thought on “ICYMI: Lela Rochon Connected Antoine Fuqua’s Multiple Side Chicks With Each Other”