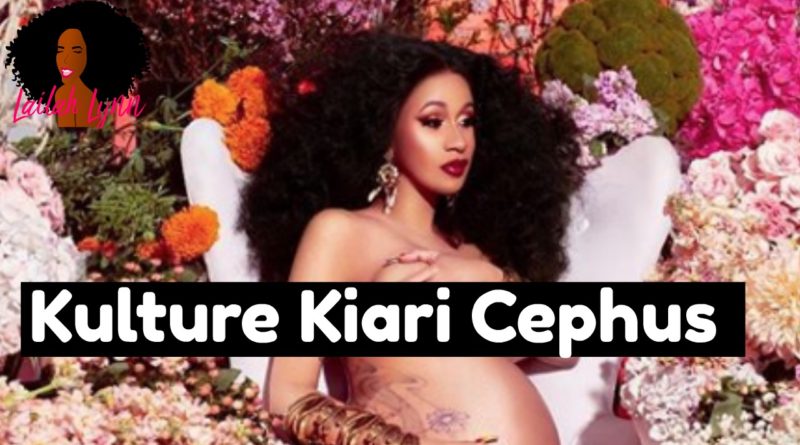 I told you guys in a video last night that Cardi B had given birth.  If you missed that video make sure you click the link in the upper right hand corner to see how the news of Cardi B going in to labor leaked out.  I’m sure somebody definitely lost their job behind it!

Today Cardi B confirmed herself on Instagram that she did indeed give birth.  She posted this picture from one of her maternity photo shoots with the caption:

Cardi B said on the Ellen Show that Offset named the baby.  Offset’s real name, if you didn’t know, is Kiari Kendrell Cephus.  So Offset and his babygirl actually have the same name. Offset’s first name is his daughter’s middle name.

Offset did say at one point that his daughter with Cardi B would have a “family name” but I didn’t realize it would actually be his name, but I think it’s adorable for a father and daughter to have the same name – not just a father and son.

As far as Offset giving her the first name Kulture, that may have come from the albums that Migos released.  Offset’s group Migos released an album called Culture in 2017 and another one titled Culture II  in 2018.

But, of course, they had to switch it up and spell Culture with a ‘K’ for his baby girl.  This is the fourth child for Offset and 2 of his other children also have names that begin with the letter ‘K’.  His oldest son is named Jordan, but he has a son named Kody with a ‘K’ and a daughter named Kalea.

So Congratulations again to Offset and Cardi B on the birth of their daughter Kulture Kiari Cephus!

Leave a comment and let me know what you think of her name!