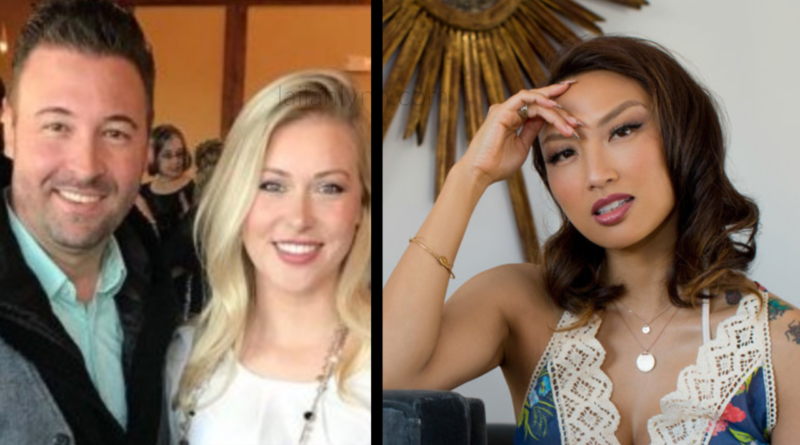 Jeannie Mai’s divorce from her Hollywood Hunter husband, Freddy Harteis, was officially done, done as of December 31, 2018. But somehow the drama from the divorce is spilling over into 2019.

On Friday, Nene Leakes was guest co-host on The Real and her and Jeannie had a very revealing conversation about divorce and having to pay spousal support to their ex-husbands. Check it out:

In the clip Jeannie Mai reveals that she paid her ex-husband spousal support. But according to her ex-husband’s new boo, Linsey Toole, that was a lie!

First, she says Jeannie is “better without integrity” which, in my opinion, describes how Hollywood and the entertainment industry works in general. There’s little integrity in Hollywood, period. Just ask Mo’Nique.

Then she says the ratings must be down on The Real, which has been the rumor ever since Tamar left the show.

However, that rumor has not been proven to be true. And the fact that the hosts of the The Real won a Daytime Emmy last year indicates that the show is apparently doing well!

Next she says “waiting on that alimony check” which implies that Jeannie Mai is lying about paying spousal support.

Then Linsey commented on The Real’s Instagram post of Jeannie talking about paying alimony and she said:

Some of you guys may remember from previous videos that I have spoken with Linsey privately and I do know some of “what really happened” but I have chosen not to share our private conversation because I feel like it crossed the line of entertainment over into something else.

However, when Jeannie Mai and Freddy Harteis divorce was finally settled the actually divorce documents were obtained by the media. The Blast reports:

“The Real” host Jeannie Mai has reached a divorce settlement with her now ex-husband and she will keep the couple’s million-dollar L.A. mansion. According to court documents obtained by The Blast, Mai and her ex, Freddy Harteis, came to an agreement in their divorce last month. Per their deal, neither will pay the other spousal support but she will keep the Sherman Oaks home, which is worth an estimated $1.2 million.

So at first read it sounds like Jeannie Mai did NOT have to pay Freddy Harteis spousal support. So maybe Jeannie was spreading “fake news”, like Linsey said.

But, the report later reveals:

Harteis will also receive a one-time payment from Mai (the amount is being kept confidential).

And I think that one-time payment is precisely what Jeannie Mai was referring to. Spousal support can come in the form of monthly payments or a one time lump sum, which is what Jeannie was reportedly ordered to pay Freddy.