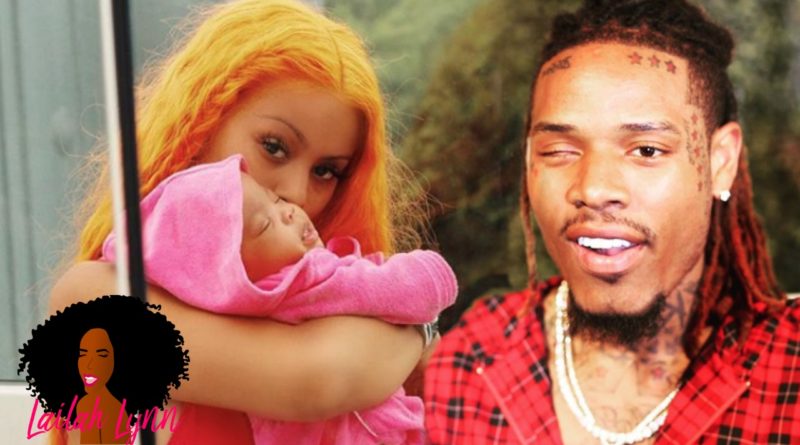 I’ve been watching the story of Fetty Wap, Alexis Sky and their daughter Alaiya unfold for the past few months.  And in the past week or so there have been rumors – that are picking up steam – that Fetty Wap is NOT the father of Alexis’ baby girl Alaiyah.

In case you missed it Fetty Wap allegedly posted a list of his biological children on his personal Facebook page a few days ago and Alexis Sky’s daughter, Alaiyah, was NOT on that list!

So it sounds like Fetty is low key denying that he is the father of Alexis Sky’s daughter, Alaiya.  At least not the biological father.

But Alexis Sky has been claiming that he is the father since she was pregnant.  And he was even there when Alaiya was born.  But now, he is alleging that he is only the father of the kids on the list he posted – which include Masika’s daughter Khari – but not Alexis’ daughter Alaiya.

Alexis Sky responded to the rumors that Fetty Wap is not the father of her daughter on Instagram today.  She said: 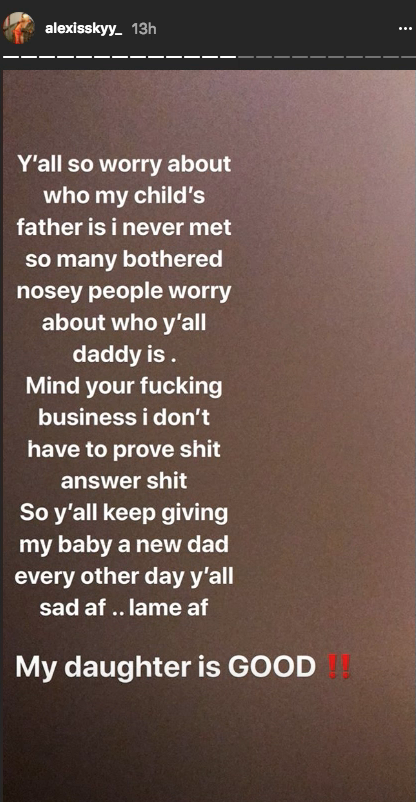 And she also went live and said that Fetty is the father he just hasn’t taken a DNA test yet to confirm it.

So what do y’all think? Why would Fetty Wap make a FB post with a list of all his children if there’s still a child that might be his that he hasn’t taken a DNA test for yet?

That seems so messy to me.

Leave a comment and let me know what you think about it!