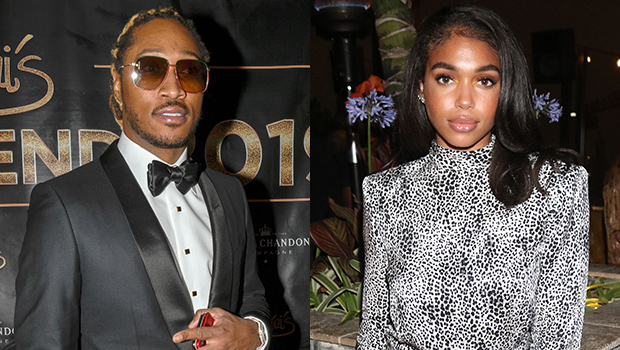 TMZ reports Lori Harvey — Steve Harvey‘s daughter — allegedly smashed into another car and attempted to flee the scene, but cops caught up with her.

Law enforcement sources tell TMZ … Lori was cited Sunday night for misdemeanor hit and run and delaying a police investigation in Beverly Hills. Sources say witnesses told responding officers they saw Lori texting and driving when she slammed into a Prius and tipped over her Mercedes G-Wagon on its side. There are no reports of anyone being injured.

Here you can see Lori’s G-Wagon got flipped over on its side completely, and from what I’ve heard, first responders had to help Lori get out of the vehicle.

Cops then showed up on the scene and found Lori a short distance away … walking down the street.

Lori was brought back to the scene and you can see her sitting down on a chair while talking to cops, with a light being flashed on her while being questioned. It looks she was on her phone in this shot and sources say she FaceTimed her dad, Steve Harvey, at one point while dealing with officers.

Lori was not taken into custody — she got a ticket for the offenses and was free to go. Cops say alcohol was not a factor.

So Lori was not drunk drunk, as in drunk from drinking alcohol, But personally I still think it was possible that she was drunk in love. I think Diddy has this girl’s mind blown and she was probably so wrapped up in the conversation on her phone that she was not paying attention to the road.

ICYMI, a few days ago – right after Diddy was spotted with another woman, Lori Harvey stopped following him on Instagram. Diddy still follows Lori, and so do Diddy’s sons Justin Combs and Christian Combs. But Lori only follow’s Diddy’s sons now, not Diddy!

So it sounds like Diddy may have broken Lori’s 22 year old heart. But whatever the case, I’m sad anytime I hear about someone causing an accident because they were texting while driving. Nothing is that important that you can’t at least wait until you stop driving to look at it.

Leave a comment and let me know what you think about Lori Harvey crashing her g-wagon because she was so busy texting.