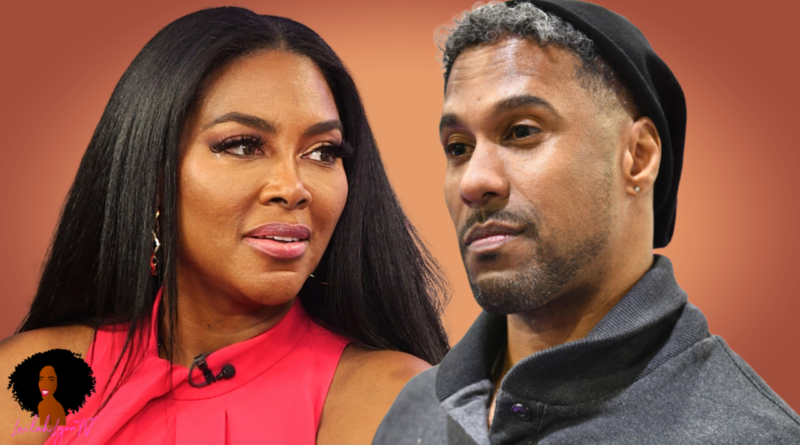 It is my OPINION that Marc Daly and Kenya Moore are not legally married. I shared that opinion in my most recent video and the following information I have found supports my opinion. It is your choice whether to read further or not. And it is your responsibility to draw your own conclusions from the information you read/see/hear.

Through my due diligence I was able to locate the marriage record of a person named Marc Jerome Daly who married a woman in Broward County, FL on Valentine’s Day 1997.

It is my opinion that this is the same individual who is on The Real Housewives of Atlanta. However, it is possible that it is a different individual with the same name.

LALATE can exclusively report that Kenya Moore’s husband is “Mark Jerome Daly”, a believed former banker at Credit Suisse First Boston New York. He has worked as a banker at Citigroup.

There are no further reports available of Daly’s position after Citibank. But after 8 years of having his license, Daly allegedly did not renew it on/around 2015, with Daly’s last listed financial position as possibly Citibank in 2014.

I personally discovered that an individual by the name of Marc Daly formed an LLC called F-Que, which is associated with Soco Restaurant in Brooklyn, NY in 2010.

It’s important to note that if this is the same Marc Daly that is featured on The Real Housewives of Atlanta and that was a Financial Analyst, he appears to be very risk averse and actually opened his own company several years before he left his day job.

In the tax record for Soco you can see the individual name Marc Daly as well as the company name F-Que, LLC. These tax records show three large sums of money that were past due and later satisfied.

It is my opinion that Kenya Moore may have personally satisfied these debts to save the restaurant ownership dreams of the man she fell in love with, Marc Daly.

She posted a picture of her dining at a NYC restuarant caled ‘Cafeteria’ the same day that Marc Daly’s restuarant debt was satisfied.

And just 10 days before their St. Lucia wedding ceremony the other debts for $44K and $97K were satisfied as well.

Then, just days after the debt totaling almost $160K was paid off Kenya began posting pictures from what looked to be an island vacation (St. Lucia?)

And after her secret wedding was revealed by blogger Tamara Tattles, Kenya finally posted a picture of her St. Lucian wedding.

On Season 12 of The Real Housewives of Atlanta Marc revealed that he does not believe in prenuptial agreements and that him and Kenya do not have a prenup.

This does not make sense from a man who assessed financial risks for a living and who has been divorced before!

I believe this is the true reason Marc Daly and Kenya Moore are not legally married (IMO.)

I believe that Marc Daly did not want to legally bind himself to Kenya, despite her ALLEGEDLY paying off his debt. So he may have acted as if he didn’t believe in prenups because he knew she would not marry him without one.

Kenya is a very intelligent woman who has created her own fortune in life. She was not born with a silver spoon in her mouth and she has worked very hard for her money, career and influence. So it makes sense that Kenya would not agree to legally marry someone without the proper legal protection.

Based on the information I’ve located from official record sources, this is the opinion I have formed.