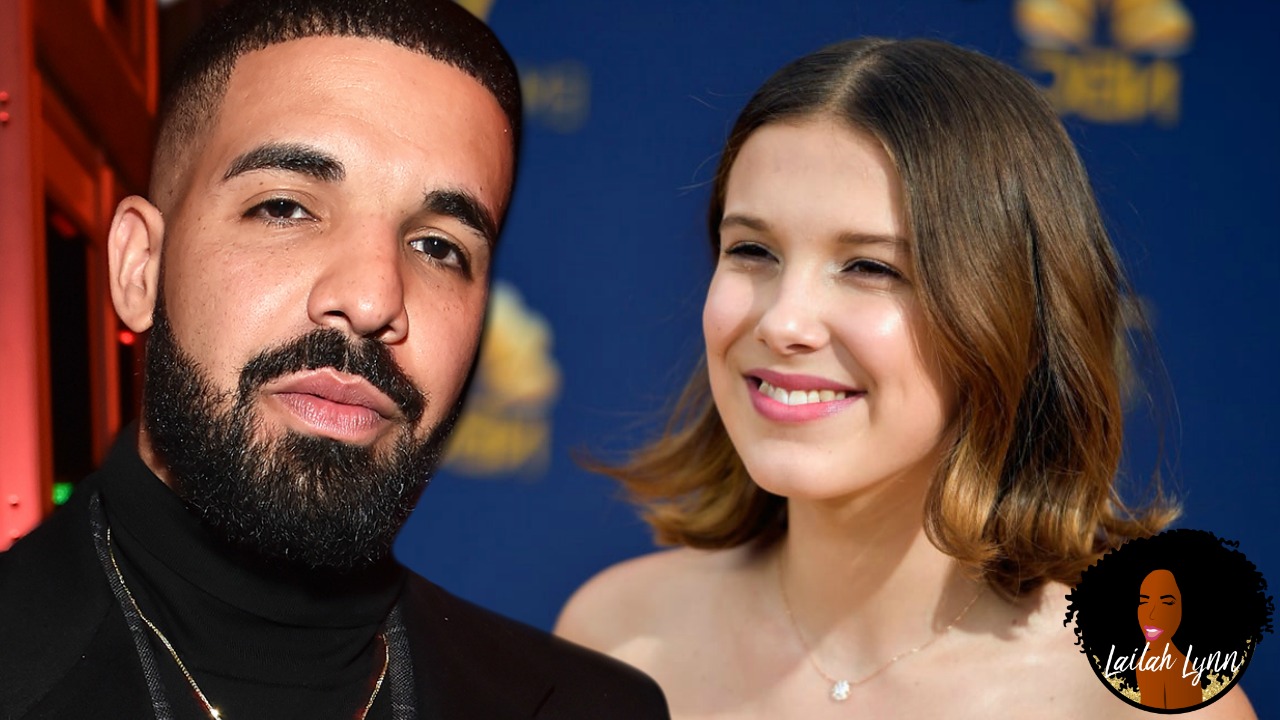 Some of you may find this a little bit weird, and some of you might not.  But last night on the Emmy Red Carpet, Stranger Things actress, Millie Bobby Brown, who is 14, talked about her and Drake’s private text messages where they gush about how much they miss each other.

I’m going to play the video clip for you. But first let me just get into the backstory of these two.  They first met in Australia.  But they were first seen hanging out together this year at a Golden Globes after party.  And Drake invited Millie backstage at one of his concerts earlier this year too.

So it sounds like since then the two have been having a private text message conversation where Drake gives her dating advice, among other things.

Some people are saying that it’s inappropriate for Drake, a grown man, to be texting this 14 year old girl about how much he misses her and giving her dating advice.  Like this person who said:

Drake is OBVIOUSLY grooming Millie Bobby Brown.. no 30-something year old man should be in a 14 year old girls text messages giving her… “dating advice”.

While other people believe the texts are likely completely innocent, like this person who said:

Millie Bobby Brown been calling Drake her bestie for months. They met in Australia, he invited her to his show, they took pictures, and now he gives her advice ACCORDING TO HER. Why are yall trying to make it anything more?

Drake is working on producing the reboot of a movie called Toy Boy  for Netflix, so some think he may want Millie will take part in the show.

Leave a comment and let me know what you think. Do you think Drake texting this 14 year old girl dating advice is innocent or inappropriate?

Personally, I’m not Drake’s biggest fan (or his worse critic) but I am a new fan of a YouTube channel called ‘Koolaid Of The G Twins’ who completely reproduce popular tracks and remix them to show of their own talent.  They don’t curse in their music, so you can actually listen to their music and watch their videos with your kids around. So after you leave a comment check them out and let them know what you think of their latest song.