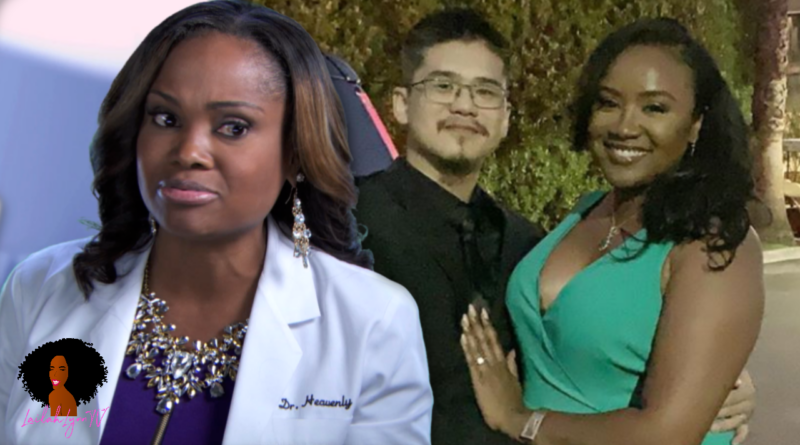 Social media’s new favorite doctor, Dr. Heavenly, took to her YouTube channel Sunday night after the Married to Medicine Episode 2 premiere and spilled a little tea about what happened behind the scenes when she had to face the man whose wife she had questioned about the size of his private part.

Last week on the season premiere of Married to Medicine LA we saw Dr. Heavenly inquire if Dr. Kendra’s husband needed penis enlargement services, presumably because of the stereotype about Asian men.

According to Dr. Heavenly, who is known to be painfully truthful, Dr. Hobart (Dr. Kendra’s husband) was stuck to her like glue at Dr. Britten’s birthday party despite the uncomfortable question she asked his wife about him.

Hobart followed me around the whole party. He was spitting on me and she was laughing.

Check out her live video below. The conversation about Hobart starts around the 14:45 mark.

Dr. Hobart seems to not have taken offense to Dr. Heavenly’s question about his private parts. And in my opinion, he probably wasn’t offended because he doesn’t value himself based on the size of his private parts.

When you’re self-esteem is not based on the size, shape or functionality of your body parts then shady comments like Dr. Heavenly made can just roll right off your back.

Leave a comment and share your thoughts on Dr. Heavenly revealing that Dr. Hobart was all over her!

Share this article to start a conversation!NeNe Leakes just officially announced that she will not be a part of Season