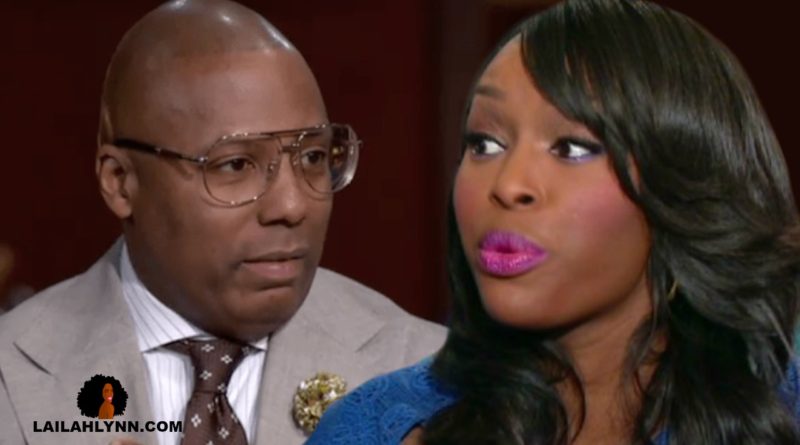 The next season of Married to Medicine is going to be a good one!

Dr. Gregory Lunceford, Quad’s soon to be ex-husband, claims that on or about May 14th Quad backed a moving truck up to the house and emptied it clean out!!

The Jasmine Brand reports that Dr. G has filed a has filed new court documents, asking to hold Quad in contempt of court for violating a court order that restricted either one of them from removing pre-marital property from the marital residence.

It’s being reported that on or about May 14th, Quad showed up to the home with movers and took master bedroom furniture, washer & dryer, dining room set, light fixtures, living room furniture, two TVs and basement furniture.

Dr. G says Quad’s removal of these items from the home violates the court order that states neither one of them is allowed to move “pre-marital” property from the marital residence.  So it sounds to be like he is admitting that it is PRE-marital property that she moved. As in property that was purchased PRIOR to her marrying him. So the property is actually HER property from what it sounds like.

Quad moved HER property out of the home they shared now that they are in the process of divorcing.  And Dr. G. went to the courts and filed a motion for her to be held in contempt of court since legally she was not allowed to do that.

I’m sorry, but that sounds so petty to me.  If it was PRE-marital property that she purchased with her own money before she even married him – then why try to hold her in contempt of court for moving her own furniture?

Yes, legally, it sounds like she should have waited until the courts permitted her to move her things.  But, it also sounds petty on the part of Dr. G for taking her back to court for moving her own property.

That’s just my opinion based on what I’ve heard about the situation.  But what do you think?  Do you think Quad is wrong for moving furniture out the house before the courts permitted it? Or do you think Dr. G is just being petty in this situation?

2 thoughts on “Dr. G Claims Quad Emptied Their House Clean Out!! He Wants Her Held In Contempt of Court”