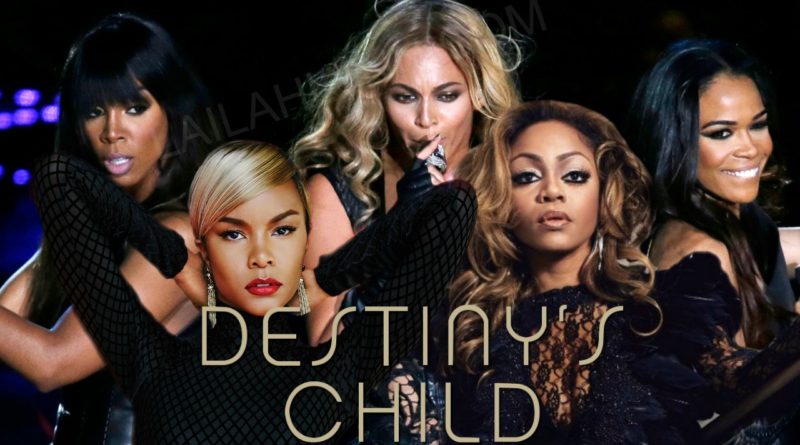 Even the original members of Destinys Child, Letoya and LaTavia, have been hinting lately at a DC5 reunion!

So we all know that Beyoncé is a masterful genius. She has a habit of dropping hints about projects or personal news waaaaay in advance, but they’re so clever that we only realise when it’s too late. Take, for example, the twins.

She uploaded a picture as part of a video on Instagram in December, then in February announced she was pregnant with twins. I thought she was just holding up the peace sign.

Beyoncé also dropped hints in 2015 about her album Lemonade before its 2016 release – we were just too dumb to understand that she was flaunting it in front of our faces.

Fast forward to a recent picture Beyonce posted on Instagram.

Is it just coincidental that Beyoncé is wearing an AC/DC T-shirt but is only choosing to reveal the DC part, which also coincidentally are the initials for Destiny’s Child?

Michelle posted a veeeery interesting picture on her Instagram story – the outfit she wore when Destiny’s Child reunited with Beyoncé at the Super Bowl in 2013.  She posted it on 12 Dec, which has no significance to the date she performed at the Super Bowl, which was 3 Feb.

Still not convinced? WELL THERE’S MORE! If you’re a real DC fan, you’ll remember original member LaTavia, who was in the band when they released bangers such as “No, No, No” and “Bills, Bills, Bills”.

Well, last week, LaTavia tweeted about a secret project that she couldn’t talk about. I wonder what that could be…

She’s also been retweeting tweets about Destiny’s Child, including this one which shows the members of DC when they were in the band vs what they look like today. These coincidences are starting to add up.

The last clue that something could potentially be happening comes from another original band member in the shape of LeToya, who posted a throwback on Instagram.  It was posted at the end of October, so if this is a clue, plans have been bubbling away for a while.

Obviously when people on Twitter caught wind of the theory, they went into meltdown and tbh who can blame them?

What are your thoughts on a Destiny’s Child All 5 Member Reunion?