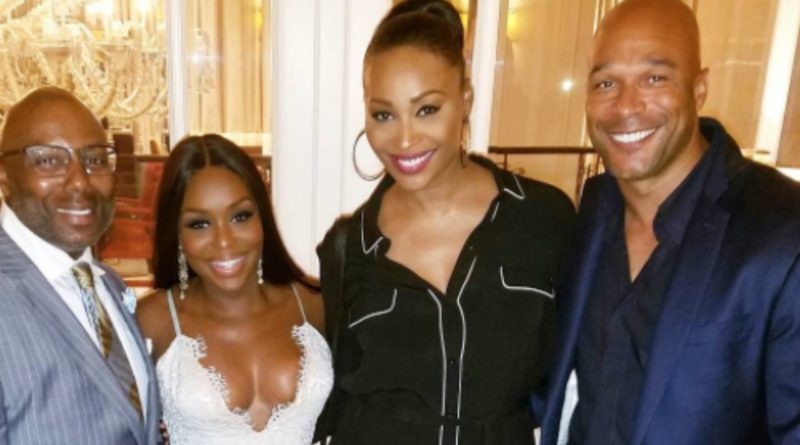 Now that Cynthia is officially divorced from Peter she may have moved on to this guy, Mr. Will Jones.  Now I say she MAY have moved on to Mr. Will Jones because so far this is just a rumor that is starting to gain traction in the blogs.  There is no real evidence of either one of them claiming each other YET.  But they have been photographed coupled up, and people are starting to wonder.

Quad Webb-Lunceford, from Bravo’s Married to Medicine, posted this pic of her and Dr. G and Cynthia and Mr. Jones to her Instagram on July 8.  Check out the comments. 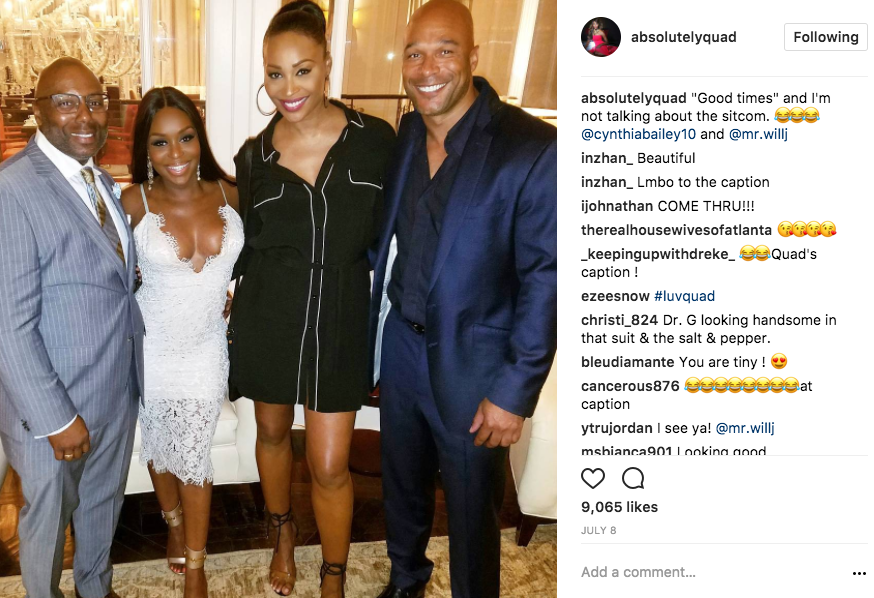 Cynthia herself replied to the pic with the monkey covering his eyes emoji. I’m not sure what that means. 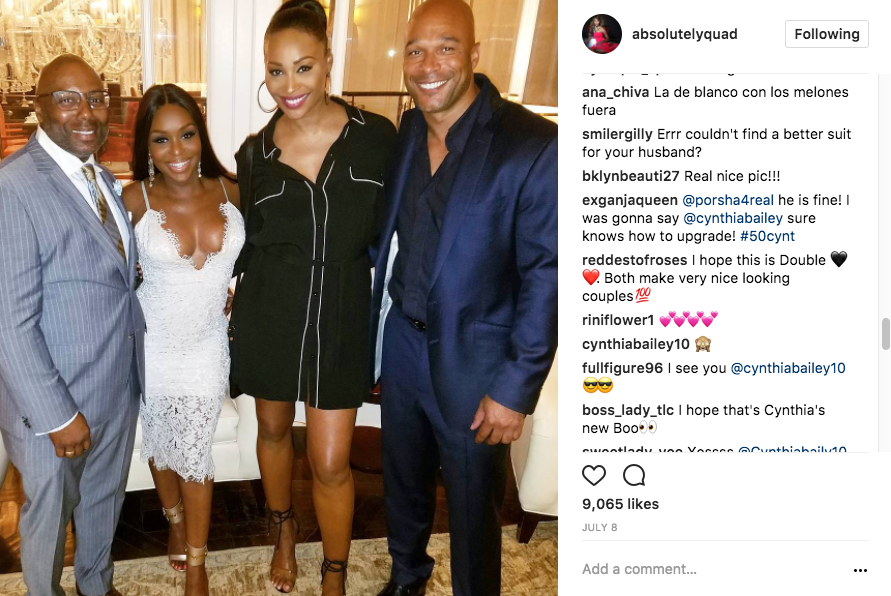 But even Porsha was wondering who this new man was.  She commented “Hmmmm….” which is what a lot of people are thinking. 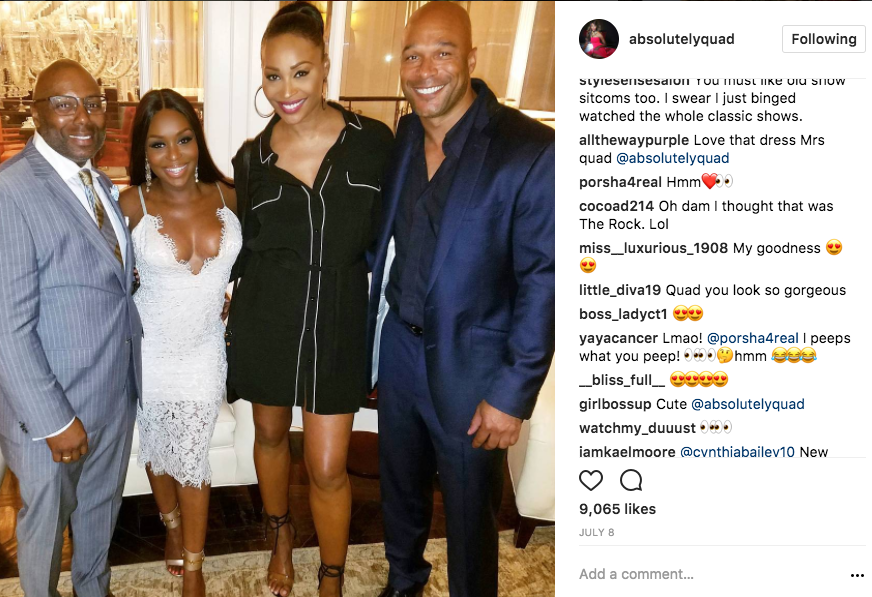 So who is Mr. Will Jones?  His IG bio says he’s a “distinguished humble gentleman from the Southside of Chicago.” And on his Facebook fan page it appears he is a lifestyle expert.

He appeared on one of the only episodes of The Steve Harvey Show that I’ve ever seen, where he gave a set of sisters some much needed dating advice. 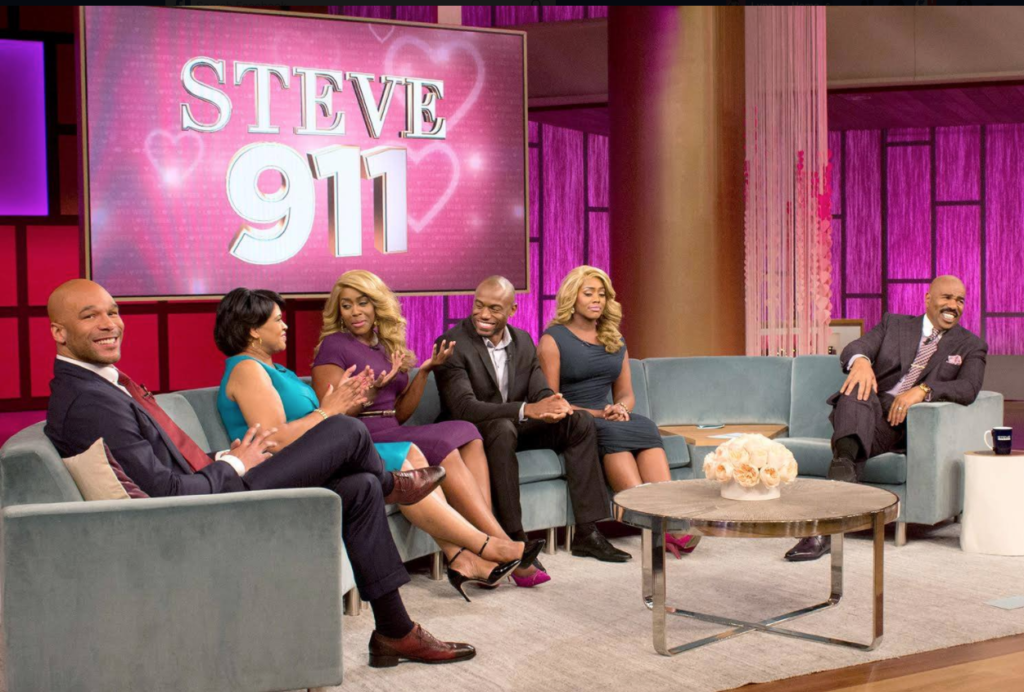 He also appears to be in the social circle of the Atlanta Housewives, as he has pictures over the years with Gregg Leake, Todd Tucker, Kandi and Don Juan.

And even more recently he’s posted a pic on his Instagram of him, Eva Marcille and her fiance Michael Sterling, who is ruining for Mayor of Atlanta.  If you watch my videos, then you already know that Eva has allegedly already started filming for Season 10 of Real Housewives of Atlanta.

So it sounds like he’s already in the Atlanta Housewives circle and just may be dating Cynthia.  I notice she didn’t shoot down any dating rumors on that pic!!