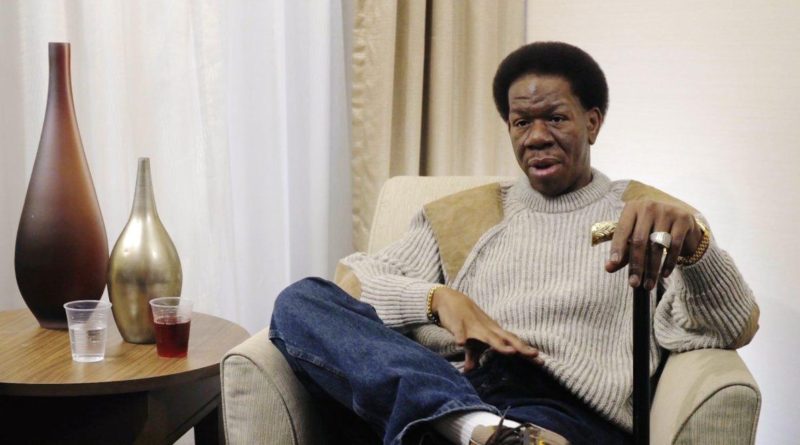 The New York Daily News reports that Craig Mack confessed on camera that he was fighting the urge to kill someone, but instead joined the South Carolina church that many former members refer to as a cult.

Last year, Craig Mack, who was no longer the young man behind the hit that launched Sean (Diddy) Combs’ Bad Boy Entertainment in 1994, invited his friend and former producer, Alvin Toney, to come to Walterboro, South Carolina for an interview. Decades before, Alvin Toney had watched Craig Mack grapple with being denied a second chance with Bad Boy Records, believing he was eclipsed by Biggie Smalls.

According to county records, in November of 2017 Craig Mack bought a home from  nonprofit branch of the controversial Overcomer Ministry — for $5, where he lived until his death.

Toney recorded several hours of interviews with Mack at his home in mid-February. By that point, Craig Mack was acutely aware that he was dying, struggling to breathe and relying on a cane to walk.  Craig Mack’s last interview will be the subject of an upcoming documentary featuring Long Island rappers Biz Markie and both members of the EPMD hip-hop group, Erick Sermon and Parrish Smith.

The Craig Mack who Alvin interviewed at his home wanted to share a life story that rivaled Biggie Smalls and Tupac Shakur, both of whom reached massive success and fame before being shot dead. Craig Mack’s decision to leave New York in 2011 was motivated by the growing fear he could meet a similar fate to the legendary rappers.

Craig Mack said in the February interview with Alvin,  “If I would have stayed, then I’d be dead, too.”

In the interview, Craig Mack described the moment he contemplated killing someone.  He said, “I had a gun in my lap and I’m sitting there talking to God, saying like, ‘I don’t want to do this, but if it comes to getting ugly with somebody [that’s] going to try to kill me, I’m going to have to do something first to prevent that.’”

In that moment, Craig Mack looked to a car radio for solace during his breakdown.  He flipped through AM stations looking for the hip hop channel he loved while contemplating whether or not to use the gun. Instead, he found Ralph Gordon Stair — a self-proclaimed prophet — preaching on the airwaves.

Craig Mack said “I knew that it was God talking to me because of the way it made me feel emotionally, I broke down crying all over the place in the car: ‘I’m sorry, I’m sorry, I’m sorry I was thinking about trying to do this to somebody.’”

Alvin declined to reveal who Craig Mack had considered killing but suggested the conflict was set off by “emotional things” involving his family.

In the interview, Craig Mack revealed that he called the controversial religious leader, Gordon Stair, for help and found the salvation he was looking for. He flocked to the Overcomer Ministry in Walterboro, S.C., and told only a handful of friends and family of his decision. The rest of the world learned of his new home, described by former parishioners as a cult, when a startling video of Mack denouncing his life of “wickedness” surfaced in 2012.

Despite years of answering late-night phone calls from Craig Mack, Alvin admittedly ignored the depth of problems at the Overcomer Ministry until he reviewed the footage his team recorded in South Carolina.

Alvin said, “When I was down there and I talked to Craig, I didn’t think it was a cult.”

“I think that Alvin was trying to believe it wasn’t a cult,” Digregorio said. “But yeah, it was a cult. As much as he didn’t want to believe that his friend was down there and in a cult.”

Alvin eventually concluded his friend had been  lured to the troubled compound by Stair’s apocalyptic broadcasts.

Alvin said, “I’m angry because there’s ways he could have went about giving himself to God, I don’t think that was the right place for him because I knew how good his heart was and I think they played on his good heart.”

The controversial leader of the church, Gordon Stair, had been charged with criminal sexual conduct, criminal sexual conduct with a minor and burglary in December 2017. The victims, some of whom were minors at the time of the alleged attacks, claimed Gordon Stair molested or raped them in the radio room where he delivered his sermons.  In 2002, Gordon Stair was accused of raping two women at the church and ended up pleading guilty to lesser charges of assault and battery.

Alvin was aware of the latest round of accusations ahead of his road trip to South Carolina and confronted Mack about the sexual misconduct claims for the documentary.

“Your preacher just got arrested … for having sex with a 12-year-old. How do you take that?” Alvin recalled asking Mack.

“He said, ‘I will forgive him because we forgave the people that killed Jesus.’” Alvin said, “At that point, he was all in.”

The purpose of Alvin’s documentary, which started as an attempt to pull back the curtain on Mack’s lost talent and unpublished music, shifted as he realized the extent of the church’s role in Mack’s life.

Alvin said, “I want everybody to understand what a cult is, what a real church is and what hip-hop music is.”

Craig Mack was buried on the church property, according to Erick Purvis, Prime Time Music’s manager.