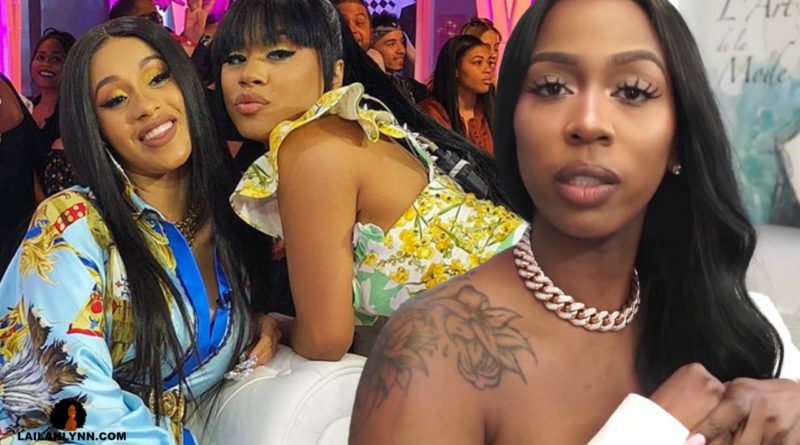 A few weeks ago when Nicki Minaj emerged from hiding, she mentioned a few female MCs that had shown her true, “genuine love” as she called it.  And Kash Doll was one of those girls.

Ever since Nicki did that interview and mentioned Kash Doll’s name, I knew that eventually Kash Doll would have “beef” with Cardi B, simply because it was set up that way.  The industry sets up female rappers to beef with each other, and they fall for it almost every time.

In this case, it’s over a song called “She Bad” which is on Cardi B’s album “Invasion of Privacy”.  Being that the song is on Cardi’s album, it obviously legally belongs to Cardi.  But Kash Doll insinuated on Instagram, that apparently it was her song first.

In this clip she plays the song “She Bad” and raps her verse on it and insinuates that it is actually her song but she doesn’t want to get into all that. Being that she’s playing the song, I can’t actually play the video because they song is copyrighted.

BUT Kash Doll did make another video and explain clearly that it was her song first:

But Cardi explained in an interview how she received the song and how she has nothing to do with what happened with the song before it was given to her.

And she said in the Shade Room comments: 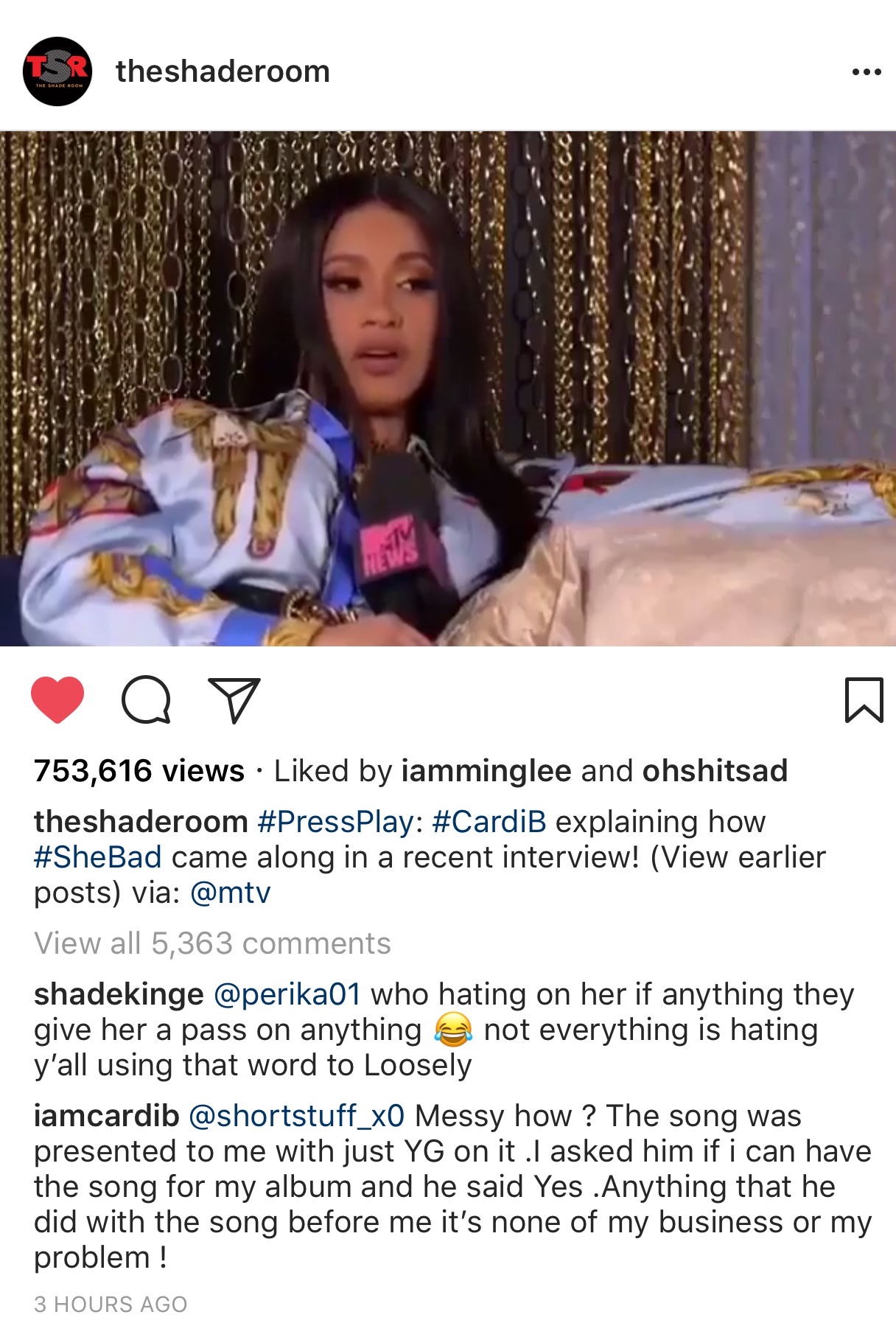 So it sounds like YG kept Kash Doll in the dark about what was going on with the song so maybe she was surprised to hear it on Cardi’s album.

But in either case, people are saying that now Cardi B and Hennessy are throwing subliminal shots at Kash Doll.  First Cardi posted 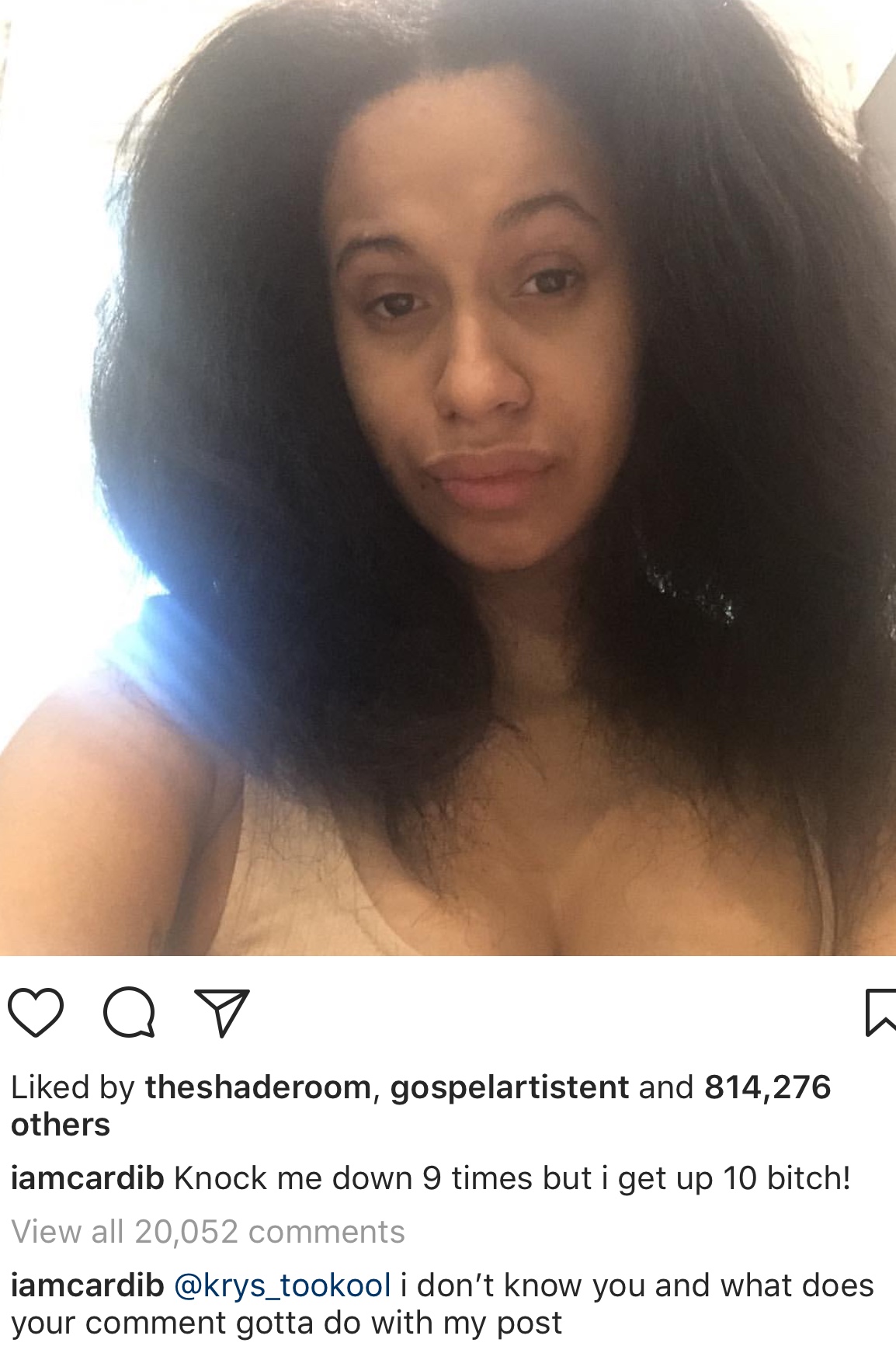 This could be said to be a subliminal shot at Kash Doll since Kash Doll is basically saying that Cardi B stole her song.  In case you didn’t know, the rumor in the music industry is that Atlantic Records pays other female rappers to basically do a demo rap on songs for Cardi B so that she can steal their flow because she doesn’t have a flow of her own.  Allegedly, Cardi B is not an original artist, she just copycats other rappers flows for her records.

Sidenote: I remember Toni Braxton explaining that’s how she got to put out her first song. She did a demo of “Love Should Have Brought You Home Last Night” for Anita Baker, and Anita Baker told Babyface to let Toni Braxton put it out herself.

So in this post Cardi B could be insinuating that Kash Doll is trying to “knock her down” by exposing that she rapped on the song first, and Cardi B just copycatted her.

In any case, a fan seemed to think that’s what Cardi B was saying and she commented: 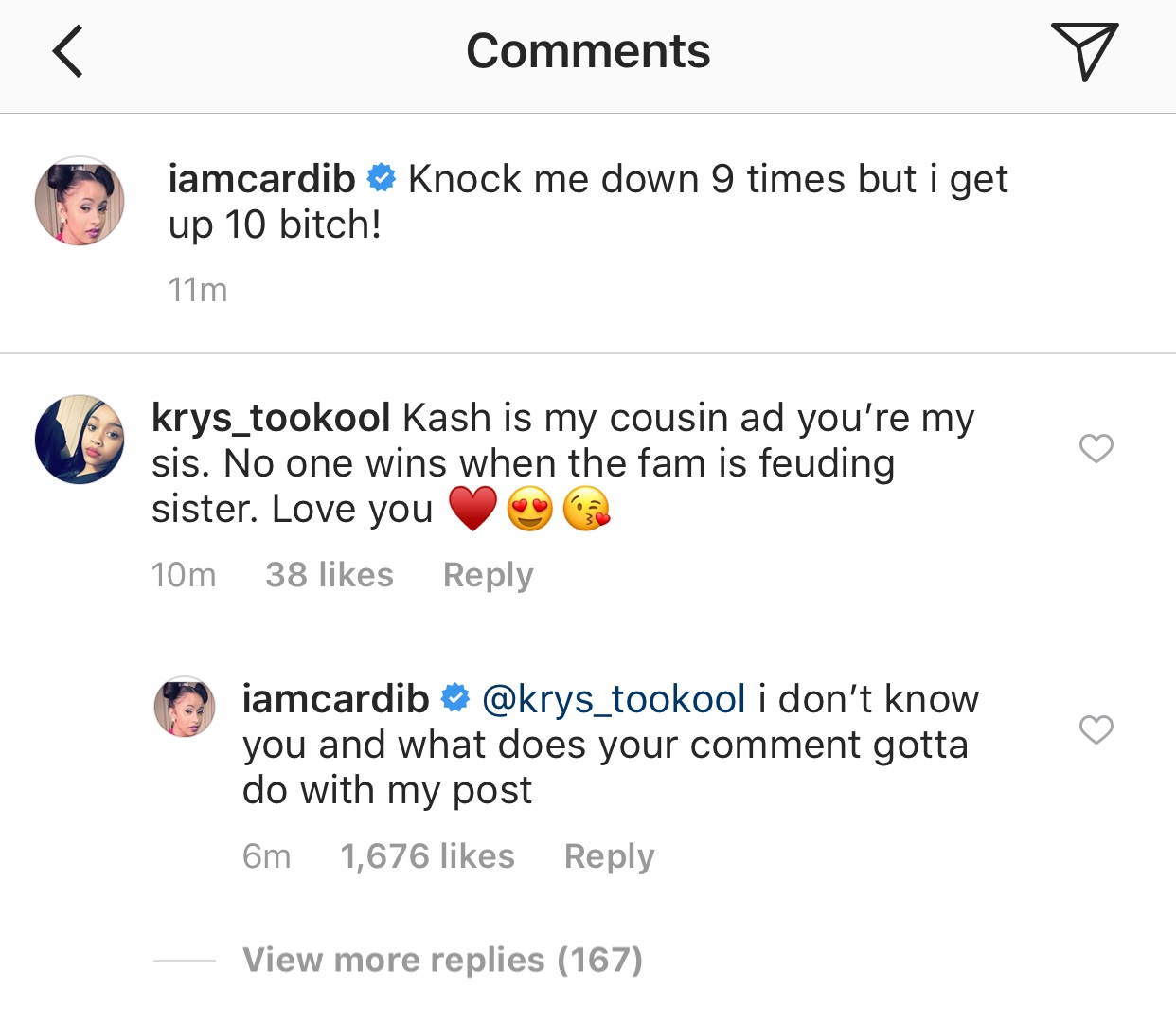 But Cardi B didn’t seem to want to address the alleged “feud”. 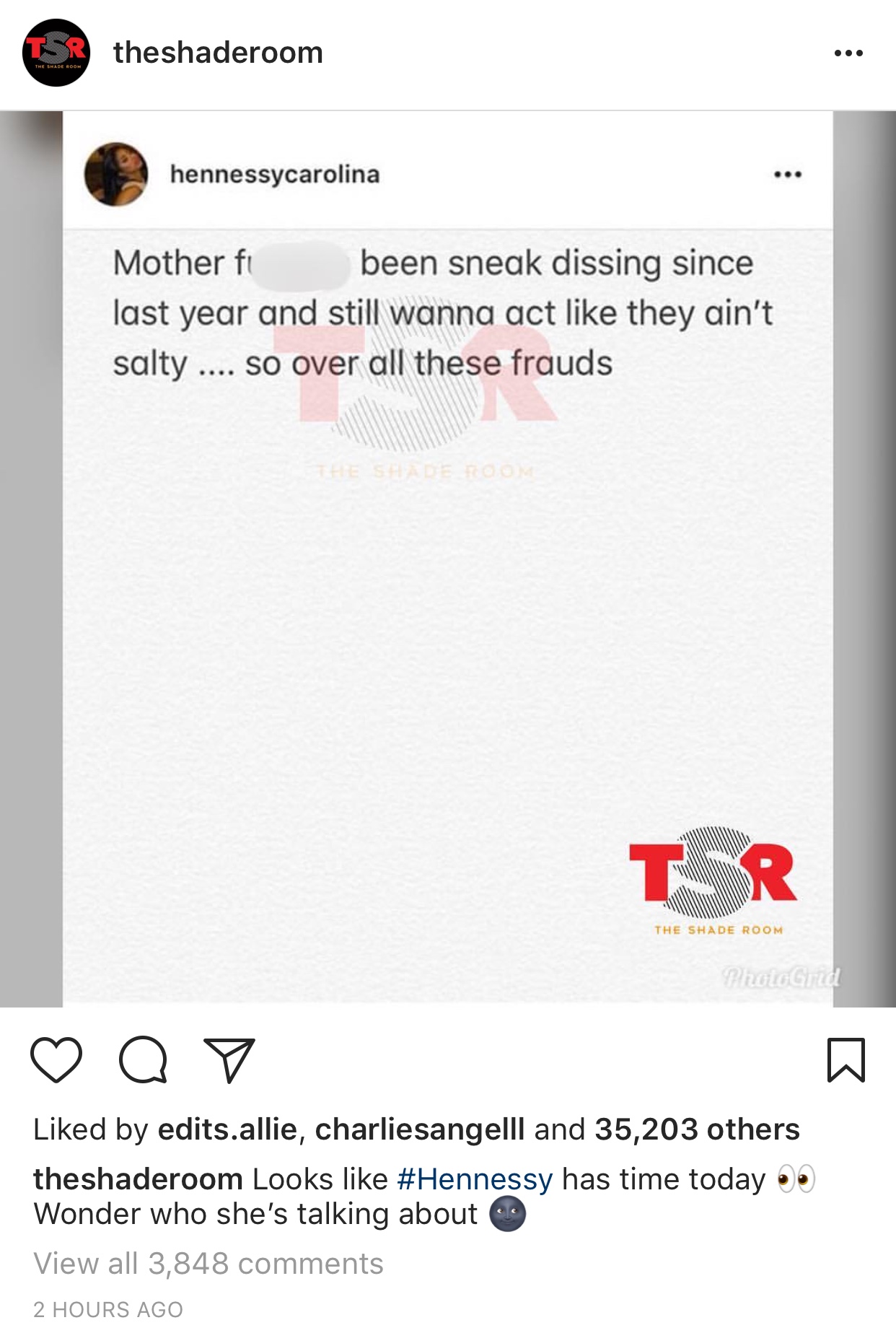 And this post could be said to be directed at Kash Doll too.  Last year Cardi B was awarded the Spirit of Detroit Award and Kash Doll said: 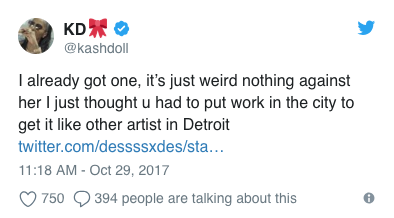 So Cardi B and Hennessy may be throwing shots at Kash Doll.  But apparently Kash Doll is not worried and is laughing at Cardi and her sister: