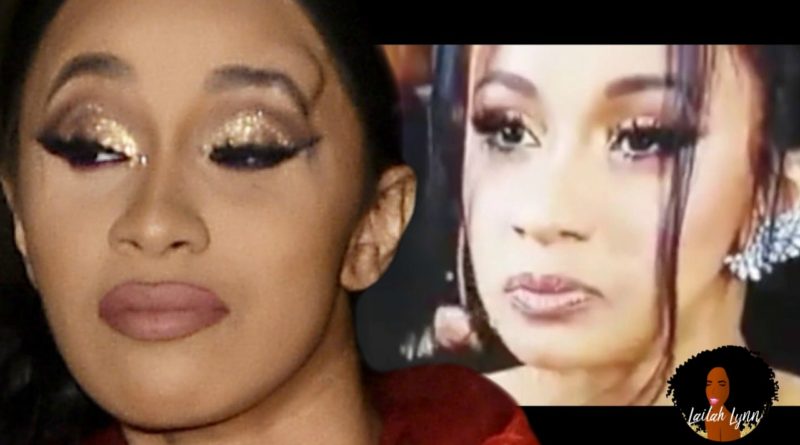 Lawd have mercy! I saw on the Internet last night that Cardi B allegedly suffered from a seizure yesterday and had to cancel several shows because of it.

The promoter for her show in Charlotte posted this message saying: 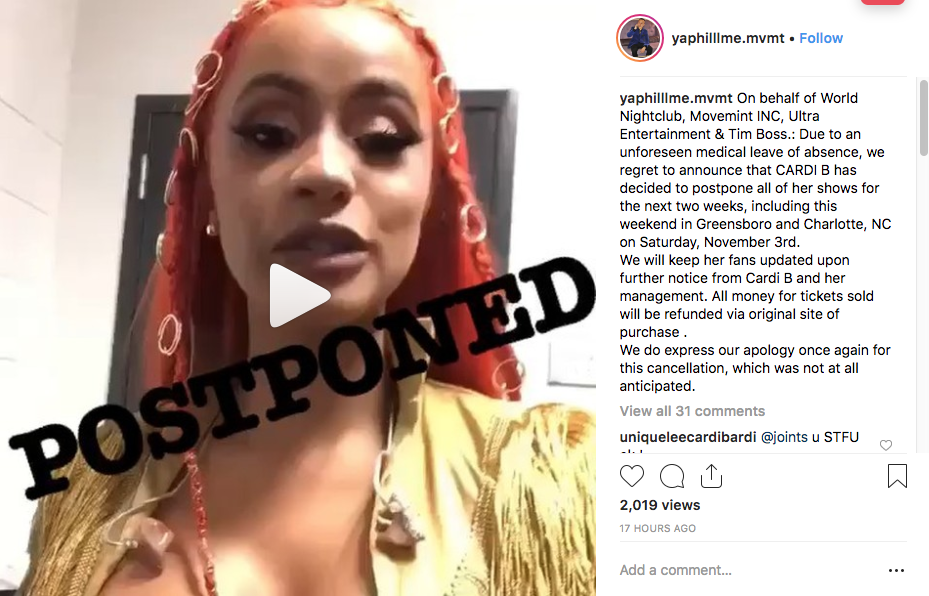 And allegedly this message specifying that Cardi B had a seizure was also posted to social media:

So, like I said, I wasn’t sure if Cardi really did have a seizure or if it was just gossip.  So I started Googling Cardi B seizure to see if any other sources had reported it as well.

And all I came across were the videos from Cardi B at the Grammy’s where she appeared to have a short seizure while she was being interviewed.  Take a look:

A lot of conspiracy theorist were saying that Cardi B is under MK Ultra mind control and that she had some type of glitch.  I don’t believe that stuff.  But I could see OBVIOUSLY that something did happen.  And now, after doing some research, I do believe Cardi B did have a mini stroke in that moment.  And it is probably true that she had a stroke last night.

In my research about seizures I found that some seizures are not dramatic.  It says…

And that’s exactly what Cardi B did when she was being interviewed at the Grammy’s!  She stopped responding and stared for a few seconds, just like the description says.

So I do believe that Cardi B suffers from seizures and likely had one last night.

The only problem I have with this explanation of Cardi B’s seizure is that I don’t think that knot on her head injured her brain.  I could be wrong, but I don’t think it was that severe to injure her brain.

READ  ‘Flying Preacher’ FLIES Into The Pulpit While Joshua Holmes Claims To Be The Savior In the Flesh!
Powered by Inline Related Posts

But for you medical professionals out there, leave a comment and let me know if you think that knot on her forehead was severe enough to injure her brain.

If it was, then it is POSSIBLE that her seizure might have been trigged by that, because like the research shows – seizures can happen WEEKS after a brain injury.

Y’all leave a comment and let me know what you think about Cardi B allegedly suffering a stroke!  And for those of you that believe in the power of prayer, make sure you keep Cardi B in your prayers because she definitely needs them!

Cardi B has cancelled her shows for the next TWO WEEKS after allegedly suffering from this disorder.  This is not the first time Cardi has dealt with this problem, the last time was on air at the Grammy’s!  But hopefully she is getting the treatment that she needs.  Some people are alleging that the disorder was brought on during her scuffle with Nicki Minaj where she was hit in the head and developed a knot.  But, like the Grammy video shows, she had this disorder happen before and it is likely an on-going issue for her.

2 thoughts on “Cardi B Allegedly Suffers A S.e.i.z.u.r.e And Has To Cancel Shows”