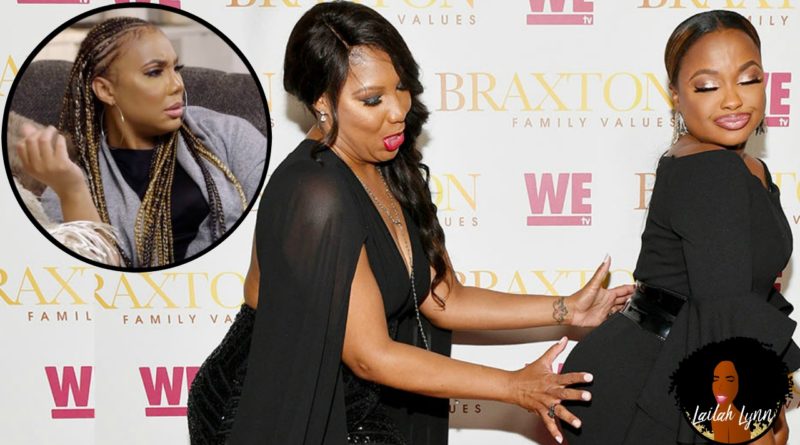 In my video about Trina Braxton joining Sister Circle Live, I mentioned that Traci Braxton also has a talk show in the works (with Phaedra, Luenell & Natalie Nunn) that is rumored to have been picked up by WeTV.  So Traci is not on strike with WeTV because she has another show that she’s trying to do with them.

And I also mentioned to you guys that that is the same reason that Phaedra joined Braxton Family Values. Phaedra is trying to do everything she can do to build a relationship with the people at WeTV because that is where her new show with Natalie Nunn, Luenell & Traci Braxton, is going to be airing.  So Phaedra is trying to make sure she does everything she needs to do to get in good with the people at WeTV.  Even if it means she has go live on Instagram and review WeTVs Bridezilla.  Or even if she has to join Braxton Family Values, which is a sister show.  And she ain’t no sister!

So being that most of the Braxton Sisters are on strike from WeTV since they were not being paid what they’re worth they were offended that Phaedra Parks would have the nerve, the unmitigated gall – to join their show.  Here’s what they had to say!

Tamar took the time to post that video from SnapChat to her Instagram because she wanted y’all to see it.  She clearly wants the audience to know that the Braxton Sisters (minus Traci) are not for Phaedra Parks joining their sister show.

The sister show that they produce.  My sister had a good question when she asked on another video, if the other Braxton sisters are still getting paid since they are also executive producers of the show.

The executive producers of Braxton Family Values are listed as: 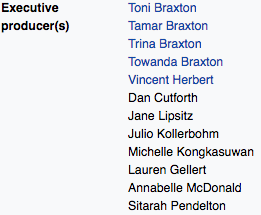 But not Traci Braxton!

And for all the sisters I wonder what happened to being your sisters keeper?  Where she goes you go, and if she has to do it so do you?  What happened to that solidarity?

Clearly there’s been a lot going on behind the scenes where Traci has been left out.  And now Traci is doing what she feels like she needs to do to stay on-camera and in WetV’s good graces.

But now that Tamar, Trina & Towanda have put it out there for fans to see that they are NOT in support of Phaedra Braxton joining Braxton Family Values, do you think fans should go on strike from the show too?

Leave a comment and let me know if you’re going to stop watch Braxton Family Values now, or if you’re here for the show!