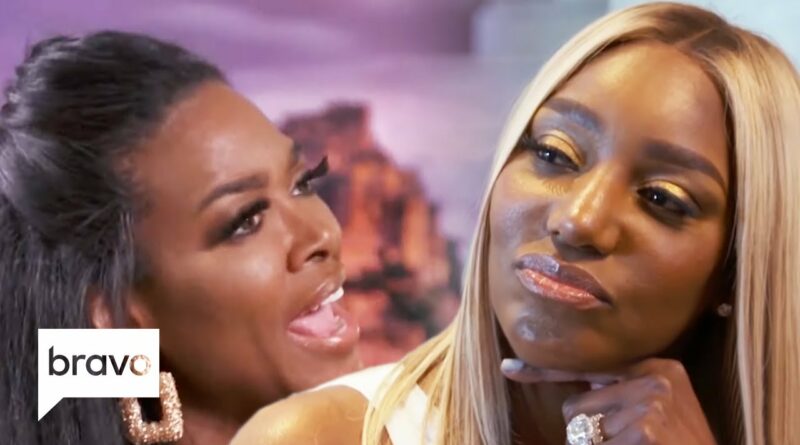 It’s obvious to any of us with a trained eye, that the television entertainment industry as a whole, and reality tv in particular, makes money off of Black women fighting other Black women.

We see this on shows like Love & Hip Hop, which some deem as ratchet. And we see it on shows that are supposed to be classier than Love & Hip Hop, like Married to Medicine and Real Housewives of Atlanta.

The explosive ratings for the January 12th episode of The Real Housewives of Atlanta, where NeNe Leakes & Kenya Moore have to be physically restrained from fighting each other, have proven once again that Americans have a proclivity for watching Black women get aggressive with each other and nearly physically fight!

And now that NeNe Leakes has been involved in two aggressive arguments with Kenya Moore that both nearly turned physical (one in Toronto and one in Greece) Bravo executives are allegedly desperate to keep NeNe on the show.

Show execs do not want NeNe to leave.

NeNe is the driving factor in ratings. Her big blowout in Canada was the first episode to hit over two million for the season.

Producers and Bravo execs believe NeNe is the reason for the January 12th (fight) episode pulling in 2 million views:

Whereas the series normally pulls in just under 1.75 million viewers in episodes where there are no Black women fighting:

The network does not want to let her go, because it is her drama that everyone tunes in for.

In other words, the Bravo executives are keenly aware that the Bravo audience loves to see Black women fight. So they are desperate to keep NeNe on the show and set up scenes that provoke her to fight with the other women on the show. That formula is obviously working for them and they are profiting from pitting Black women against each other!

We can see from the ratings jump that allowing Black women to fight on camera is serving Bravo well. Because when the ratings are up, so is the revenue!

What do you think of Bravo openly using NeNe’s aggression to boost ratings? Leave a comment and share your thoughts!