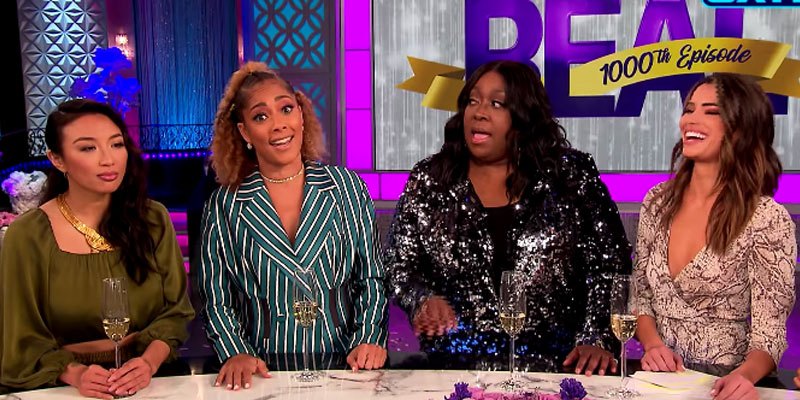 In case you missed it, the hosts of The Real were interviewed by Extra regarding their 1,000th episode and the host, Jennifer Lahmers, tried it!

The host began by congratulating all of the ladies on their 1,000th episode, except for Amanda, whom she referred to as a “newbie.” And then she stated that Amanda and Jeannie have “bumped heads.” The hosts attitude was ALL wrong and it looked like she was trying to paint Amanda Seales as “the angry Black woman” and of course Amanda Seales checked her for it.

Now, it is true that Amanda is new to The Real, but she’s NOT new to the entertainment industry. She was actually a child actress on Nickelodeon’s “My Brother & Me.” And she’s hosted shows on MTV2, NBC and has her own HBO comedy special!

So for the host to “welcome” her as if she was new to the industry was shady. And then for the host to mention her “bumping heads” with Jeannie was shady too! And viewers let her know that in the comments:

After the episode aired the host, Jennifer Lahmers, addressed the drama on her Instagram.

“I wouldn’t change a thing about the way I conducted that interview – addressing a topic that had made numerous headlines across multiple outlets. This is my job as a correspondent. I did not keep pressing once I got an answer and that is all I will say on the matter.”

Amanda Seales also posted about “gathering” the host. Check it out:

Amanda captioned a clip of the interview

“To Gather. She tried it. Don’t come for me unless I send for you. I am not hostile. I’m passionate. Happy Black History Month.”

What do you think about the hosts interaction with Amanda Seales? Leave a comment and share your thoughts!