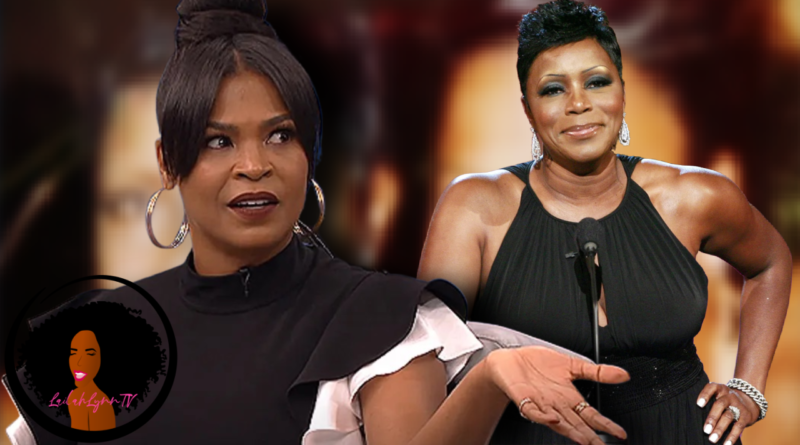 Nia Long has been in the headlines lately due to her ex-fiance Ime Udoka having a relationship with a married woman while still engaged to Nia. And a lot of Nia’s fans and celebrity friends have spoken out in support of her.

But we don’t hear too much from Nia Long’s actual family, including her sister, comedienne Sommore.

In case you missed it, Sommore and Nia Long are biological sisters. But you rarely, and I mean rarely see them in public together or even hear them publicly acknowledge that they are related.

Comedienne Sommore was the first of the two sisters to publicly acknowledge that her and Nia Long are, in fact, biological sisters. She did a radio interview with Divine Martino at least 6 years ago and she spoke on her relationship with her sister. She said,

And she went on to explain how they are related. She said,

We have the same father, so yeah my Dad is proud.

And when asked if her and Nia have a close relationship she said,

Yeah, we speak from time to time but I won’t be babysitting her kids, no. I mean, that’s how it is in life. I tell people all the time, we have the same father we’re not necessarily sisters.

That particular interview was in 2016, but Nia Long, still never even mentioned Sommore being her sister publicly until 2019. Check it out:

Leave a comment and let me know what you think about Nia Long and Sommore being biological sisters, but rarely acknowledging it in public. Do you agree with Sommore that if she did acknowledge it more often that people would start to brand her as Nia Long’s sister instead of as a talent of her own? Or do you think there’s a deeper reason behind their privacy? Leave a comment and share your thoughts!