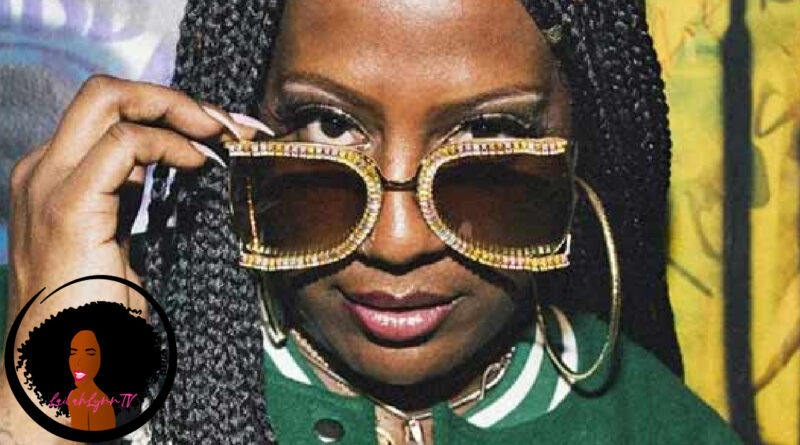 In case you missed it, sadly, on the very first day of the New Year, Memphis based rapper Gangsta Boo was found lifeless in her home around 4 PM in the afternoon.

Gangsta Boo was born Lola Chantrelle Mitchell on August 7, 1979 in Memphis, Tennessee. So she was just 43 years old at the time of her passing.

She started off her artistry in her early teens as a poet, according to reports. And she used to perform her poetry for her family.

Gangsta Boo was known as the Queen Of Memphis and was considered a pioneer of 90s female rap. She put out six albums with Three6Mafia, 3 solo albums, and too many mixtapes to count.

And she was actually re-invigorating her rap career after years out of the national spotlight.

In 2020 Gangsta Boo was featured on Run the Jewels’ fourth album, with Killer Mike.

And in 2022, she was featured on Latto’s song “FTCU” alongside GloRilla, who is also from Memphis.

And we all saw Gangsta Boo on the Versus with her group Three6Mafia where she was part of one of the most unforgettable moments of the show when her and Bizzy Bone got into it and a whole brawl broke out between Three6Mafia and Bizzy Bone – who appeared to run and hide after throwing a bottle in her direction.

The show only films for about 2 weeks, according to reports, and it’s said to pay very well for those 2 short weeks. But certain substances, especially white powdery substances are not allowed in the home where they film during that short time period.

And Gangsta Boo was accused of bringing that stuff into the home by the host and producers of the show. Her and her bf were actually kicked off the show after a bag of white powdery stuff was found in their room.

Gangsta Boo denied the allegations on the show and on social media.

However, according to reports, Gangsta Boo and her brother may have both been using substances.

According to local Memphis reports, — Memphis rapper “Gangsta Boo”, born Lola Mitchell, was found passed away on the porch of a Whitehaven home near Raines Rd. between Grace Methodist Church and the Whitehaven Public Library Sunday, Jan 1, around 4 PM EST.

Sources connected to Gangsta Boo TOLD TMZ … the rapper’s death appears to be substance-related. They were told Gangsta Boo was with her brother last night at a local concert in Memphis, and that her brother started to overdose sometime in the night requiring hospitalization.

According to TMZ, her brother ended up being okay after being hospitalized, but Lola did not have the same outcome. There are no reports of her being hospitalized. And her body was found on the porch of a home, which could indicate that she may have been leaving the home trying to get help.

Sources tell TMZ that people familiar with Gangsta Boo’s death scene insist narcotics were found on her person and that a fentanyl-laced substance is believed to be at play.

The police are launching an official investigation.

In an interview in 2012, Lola Mitchell, aka Gangsta Boo, told people how she wants to be remembered.

“I just want to be known as someone that put her heart into her music and who really really appreciated her fans.
Because if it wasn’t for my fans, like I said, I definitely would not still be doing this. My fans are my motivation. I love my fans.”
“I just want people to know that I’m a really hard worker. I’m human just like everybody else.
I write all my own music. I’ve helped other people come up with concepts. I’ve helped put a lot of people on.
I just want to be respected. When it’s all said and done, I want to be remembered as Gangsta Boo from 3-6 Mafia.
The first lady of 3-6 Mafia. The first lady of crunk music. The first lady who brought a platinum plaque back to Memphis.
The first lady who brought a gold plaque back to Memphis.”