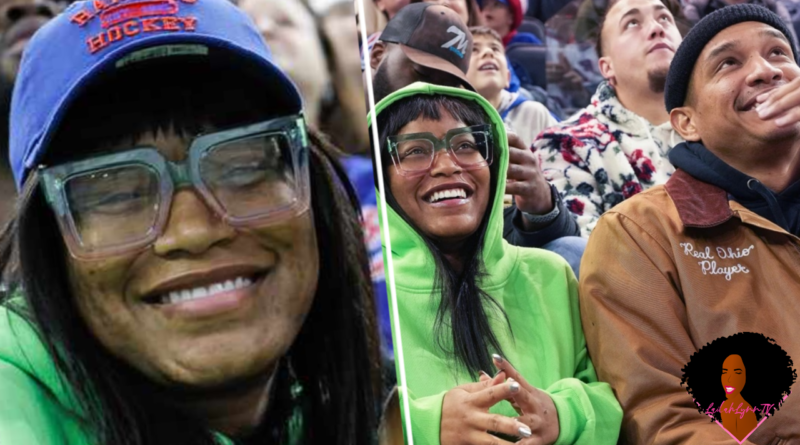 Miss KeKe Palmer has been receiving a lot of support and a lot of criticism since announcing her pregnancy on Saturday Night Live. KeKe’s been a star since she was a child actress but apparently now she is reallly on people’s mind’s and they are commenting on her relationship, her pregnancy and even her looks.

KeKe was recently spotted with the father of her unborn child, Darius Dalton Jackson, at Madison Square Gardens just days after her pregnancy reveal. KeKe wore a lime green hoodie with the hood pulled over her hair, which she wore straight and long with a blunt cut bang.

She also had on glasses that appeared to be a green ombre color.

But what seemed to have surprised some people is that KeKe was not wearing any makeup at all! It looks like she might have had on some lip gloss, because her lips definitely were not chapped. But she didn’t have on a face full of makeup and she actually looked like had bare skin.

If you follow KeKe online, then you know that’s normal for her and she often talks about her skin and her having PCOS which is said to cause facial acne.

But some people were surprised to see KeKe out in public without makeup and they made remarks about her bare faced look.

And clearly KeKe is beautiful both inside and outside too!

And her getting pregnant while having PCOS is inspiring to a lot of women who are also trying to have a baby and also have PCOS. This person tweeted…

Check out the rest of the story in this video: