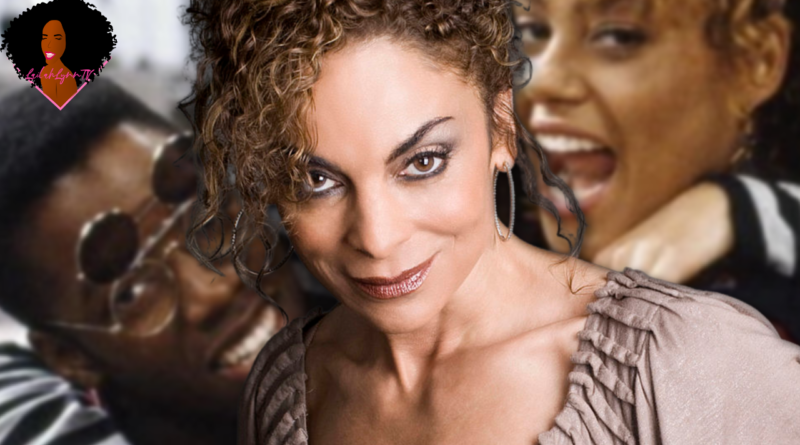 In Jasmine Guy’s TV One “UnSung” Debbie Allen, the former director of ADW, revealed that when A Different World ended, Jasmine Guy was actually offered a spinoff show with Kadeem Hardison, Darryl Bell and Cree Summer.

Debbie Allen: The network actually offered us another show, a spinoff with her. And we were going to take her and Dwayne Wayne and Ron and Cree Summers, the four of them, but she didn’t want to play the character anymore.

Jasmine: We kinda milked Whitley and Dwayne like an old cow. I mean we broke them up we put them together. I didn’t entertain doing it any longer. At least doing that part.

Debbie: I said be careful, be sure you know about this decision you’re making because you’ll see it’s not so easy to find another character that the world embraces like that.

And the world has definitely embraced Whitley Gilbert and Dwayne Wayne’s love story, so much so, that 35 years later, ADW is still being celebrated.

Jasmine Guy and Kadeem Hardison went on The Breakfast Club recently and called out NBC for the way and reason ADW was taken off the air. There was no goodbye countdown, there was no fanfare from the network. And it seemed like the network didn’t support the show the way they should have. And toward the final season, they may have used ADW, the only Black show on their network, to compete with Martin, the Black show on the new Fox network.

“I definitely took that personally. You ain’t got but two Black shows… so you put us at the same time against each other? And what had we done to deserve this kind of disservice? You know, we’re not competing with Martin. They come on at 8:30, we come on at 8 — why did you move us? That was a detriment.”

A Different World was No. 2 in Nielsen ratings during its first season, 1987-88, landing between The Cosby Show at No.1 and Cheers at No. 3. It continued to best Cheers during its sophomore season, eventually falling just behind Cheers in its third. But for the 1990-91 season, ADW ranked higher than Cosby, which fell from the top spot for the first time since the mid-’80s.

So ADW was definitely holding its own in the ratings, whether it was placed at 8 or 8:30pm and it seemed that NBC wanted to use that fact to put it up against Martin in 1992 and create a competition with Fox for the Black audience.

So it stands to reason, that if Jasmine Guy was being offered a spinoff at the same time that her original show, ADW, was being disrespected and used to divide the Black television audience, then it might not have seemed like the most attractive offer.

“I feel like we have the same audience. And so what do white people do? Divide. You got two hit shows, let’s put them on at the same time. They don’t do that to their own shows. So yes, I do feel like it was deliberate, I feel like it was racist, I know who was running NBC at the time, and I don’t feel we were respected.”

So, although fans of ADW would probably have loved to see a spinoff of the show, especially since Dwayne and Whitley were expecting a baby when the series ended – a spinoff show might not have been handled with care and respect by NBC executives.

What do you think about Jasmine Guy turning down an ADW spinoff? Leave a comment and share your thoughts!

While we’re all here, I also want to share another fun fact about ADW spinoff that Bumper Robinson, who played the character Dorian Haywood on ADW.

We actually had a spinoff in place. There was an episode where the youngsters moved into a spot where Billy Dee Williams was our landlord, and that was serving as an in-season pilot, which I thought would have been a really, really dope show. That didn’t pan out, though.

That’s it for now, thank you for supporting this blog!