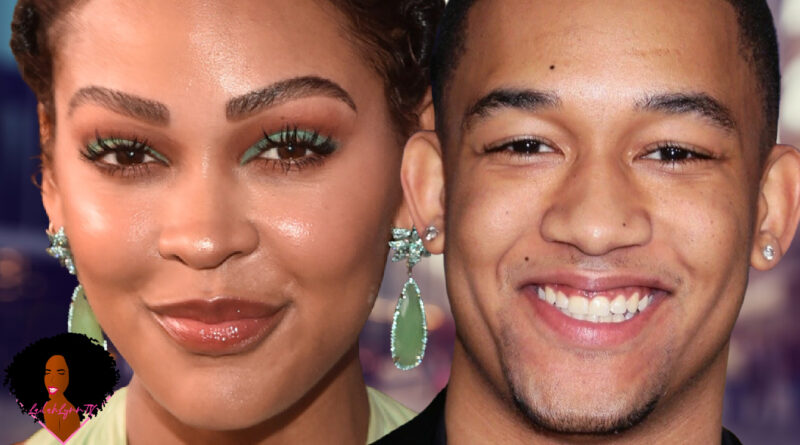 Now that Meagan Good is officially divorced from her husband of 9 long years, Devon Franklin, rumors have started to swirl about who she is dating.

First it was a battle rapper named Dizaster. And now, Meagan Good, is being linked to a former child actor who is at least 12 years younger than her!

It’s being reported that Meagan Good is getting her groove back, so to speak, with a younger actor by the name of Peyton Smith. Peyton Smith is 28 years old, roughly 12 years younger than Meagan, and he is a former child actor, just like Meagan.

Meagan Good also got her start in acting as a child playing in Friday and Eve’s Bayou, and later Moesha and Cousin Skeeter.

According to reports, Meagan Good met Alex Peyton while filming the movie Shazam in Atlanta, GA. Meagan Good is playing the role of Darla Dudley in Shazam. Shazam is set in the City of Brotherly Love, Philadelphia, but it’s actually being filmed this time in Atlanta, GA and its starring Meagan Good and Lucy Liu.

And fans have noticed the same background in recent live videos posted by both Meagan Good and Peyton Smith. You can see in this photos obtained by Gossip Of The City that both Peyton and Meagan have these metal stair railings in their background and it looks like they are in the same location.

So, these two just may be dating or they could just be getting to know each other. In any case, good for Meagan for moving on from her divorce and getting back into the swing of things.

“I think that I’ve surprised myself — even though I’ve been grieving for months and months — in realizing that I am still that person. I still am hopeful for the future. I still — maybe this isn’t a chapter — but I just feel that it’s my next act in life and I trust God over all.”

So leave a comment and let me know what you think about Meagan Good POSSIBLY moving on with Peyton Smith, who is more than 10 years younger than her.