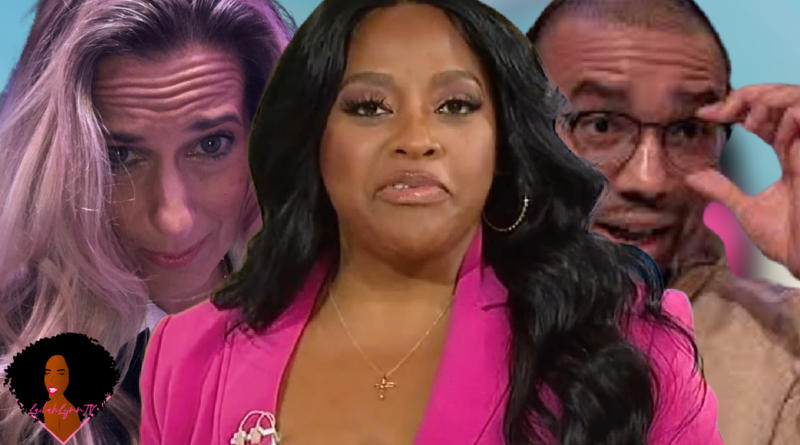 Looks like there’s some behind the scenes drama going on with the production of The Sherri Show.

According to Madame Noire and Cinema Blend,

During an interview with Cinema Blend, an unidentified source told the publication that some of Williams’ former crew members fear they may lose their jobs due to Sherri’s new team. According to the insider, “Staffers for Sherri have been in her ear saying there should be some sort of loyalty test from The Wendy Williams Show holdovers.”

The source said that while Baker and Bass are still working behind the scenes, their positions could be terminated at any moment.

“Norman [Baker] and Suzanne [Bass] want to believe they’ll stick around but sooner or later, I’m sure they are going to get pushed out. There’s no real place for them now,” the insider alleged.

Check out the rest here:

Both Norman and Suzanne were co-executive producers of The Wendy Williams Show and both were seen on camera on Wendy’s show. But now neither is on camera. And when Sherri is on screen she talks to Jawn Murray, her producing partner, and her other producer who seems to fill the role Norman Baker filled for Wendy Williams.

So it seems both Suzanne and Norman are working strictly behind the scenes. And some members of The Sherri Show staff seem to think that their positions are obsolete, according to this source.

Personally, I hope that’s not the case, because I hate how Wendy Williams just left people without a job. But I can’t predict what the future holds for the former Wendy staff, when Sherri Shepherd is taking on a whole new direction on her show.

What do you thing about inside sources alleging that Norman and Suzanne’s jobs are in danger now that Sherri Shepherd has her own staff and a whole new vision for her show!

And if you are watching Sherri’s new show, what do you think of it? Leave a comment and share your thoughts!