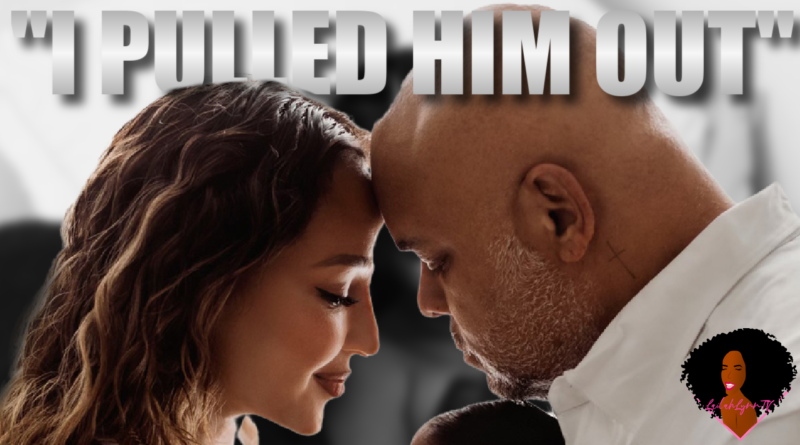 Even though taping of The Real talk show has ended, I still plan to cover the special moments in the lives of the hosts of The Real, like Adrienne, Amanda, Jeannie, Tamera, Tamar and Loni.

And one of the most important moments in Adrienne’s life happened just as cameras for The Real were put down; her life as a mother began.

Adrienne and her husband Israel welcomed a beautiful baby boy after several years of infertility. And Adrienne opened up about their son’s birth story for the FIRST time in a recent interview with ET.

In the past Adrienne has only touched on her journey to motherhood on The Real and in interviews. But in this interview she actually got into the details of her journey, as far as number of IVF cycles, miscarriages and all the things that a lot of women don’t like to actually verbalize.

Adrienne told Entertainment Tonight that she experienced eight IVF cycles and multiple miscarriages before finally getting the news that her son was on his way into this world.

The amount of distress that she experienced – desperately wanting a baby yet encountering difficulty after difficulty could be very devastating and make someone want to give up.
But Adrienne told People magazine,

“I’ve had to come to peace with that it’ll happen when it’s God’s timing and I believe in that and I have faith in all of that. But it can be really discouraging and it can be really frustrating.”

Adrienne also discussed the insensitivity of people and her frustrations to co-hosts on The Real. She said that in comments fans would speculate if she was pregnant because of her face being fuller or for different reasons. And she said she’s always had a chubby face and the comments felt insensitive.

Adrienne went on to elaborate on the difficulty of discussing motherhood and conception. She reflected:

“I don’t think you can have those conversations and talk about things until you feel strong enough to.”

Adrienne’s husband Israel told ET® that he prayed about the situation. He explained that he loved Adrienne so much that he had an intimate conversation with God regarding their fertility problems. Israel said that he told God,

“I was like, God, listen man… I know I have done some terrible things in my lifetime… Please do not punish her for that.”

So it seems that it was on his conscience and he sadly felt like Adrienne might have been being punished for what he did outside his first marriage.

Now, there is so much with him even making that statement and even thinking that God was punishing Adrienne that I don’t even want to get into right now. But I will take a moment to remind anyone watching that God loves you and you are not on punishment.

“serendipitous in a way. It just all is the way that it is supposed to be.”

As time moved forward after the real, Adrienne elected to embrace the mystery of what was to come.

According to People magazine, situations were so challenging for Adrienne and Israel that, the couple began to explore options beyond IVF. “After eight failed in-vitro fertilization (IVF) cycles and a miscarriage, the couple decided to explore surrogacy which came with a new set of emotions.”

Per People Magazine, the couple learned that their surrogate was pregnant on December 11, 2021. During the ET interview, Adrienne mentioned that she was working on the set of Raven’s Home when she received the news. Israel met her on the set, and they waited together in the car for the phone call to find out if the surrogate was pregnant.

Adrienne immediately reached out to her mother, sister, mother-in-law – just a few very close family members. And they were ecstatic! Adrienne elaborated,

“Honestly, everyone was shocked,” Adrienne, shared with PEOPLE exclusively. “Even my sister, who watched The Real throughout the whole last season, literally said to me, ‘Adrienne, I am impressed.’ She’s like, ‘I am so proud of you. You are really holding this.’ I did that because it was really sacred to me”

Israel and Adrienne jointly made the decision to keep the pregnancy hush-hush, especially with the prior losses and unsuccessful IVF attempts. During the ET interview, Adrienne mentioned,

“As women, we have people constantly prying and asking questions that are sometimes just inappropriate and sometimes you don’t want to share.”

Adrienne was quoted in People Magazine regarding her decision to keep the pregnancy a secret:

“It was important to me for my own mental wellbeing and for my family. I was just like, ‘I’m just not going to say anything.’ It was actually very peaceful that way. You didn’t have other people’s opinions.”

During the ET interview, Adrienne mentioned that she did not owe an explanation of the how, why, etc. to anyone. She was happy that she elected to keep the pregnancy quiet.

They remained optimistic and elaborated on their faith during the ET interview. Israel explained that Adrienne’s resilience impacted him significantly. “I’ve actually never met anyone in my whole life… with her elasticity… Emotional elasticity meaning bad news on a Monday, the day is awful… then she will get up Tuesday morning like, ‘So babe, let’s go… let’s go to Runyon [Canyon], let’s go for a hike”

Baby son Ever James Houghton entered the world on August 15, 2022, with Adrienne assisting during the delivery. During the interview with ET, Adrienne revealed,

“I actually got the chance to pull him out” and she said she immediately began skin to skin contact with son Ever.

Per People magazine, “Baby Ever was born during a home birth at an Airbnb in Lake Tahoe, California, just like Adrienne always wanted.”

“It’s an absolute miracle. The birthing experience was incredible. We had multiple doulas. I had a doula for me. She [the surrogate] had a doula for her that looked after her for aftercare. Same for me, someone that was there for me emotionally, anything that I needed physically. It was a family affair and absolutely beautiful.”

Adrienne is embracing the joys of motherhood and is optimistic about further expanding the family.