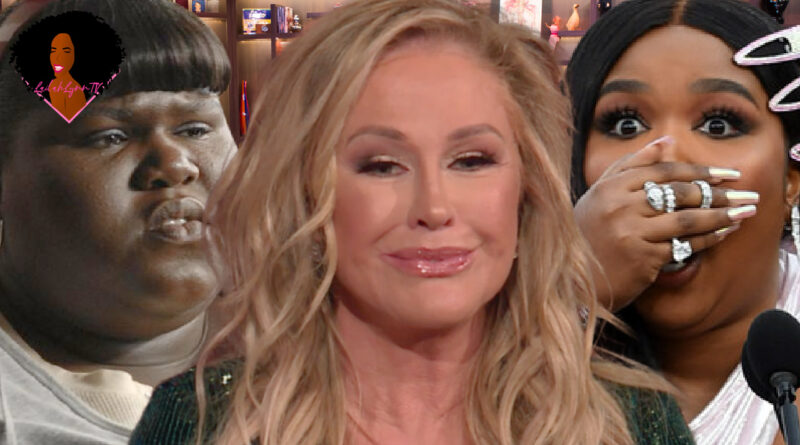 Kathy Hilton and Krystal Minkoff were guests on Watch What Happens Live recently and Andy had them playing a celebrity guessing game because apparently Kathy Hilton claims not to recognize a lot of celebrities. He was showing her pictures of different celebrities and having her guess their name. And when he showed her a picture of Lizzo, she actually guessed that Lizzo was the character ‘Precious’!

‘Precious’ was the character played by Gabourey Sidibey in the 2009 movie by the same name. And she was a large, dark skinned, Black girl who had been a victim of SA by her own mother and father and was the parent of a child with special needs and pregnant with second child both by her own father.

Her story was actually an inspirational story because she overcame so much in her life, but people use that character name, Precious, to insult Black women. People, mostly men, call large Black women ‘Precious’ as an insult, we can’t deny that.

So Kathy Hilton thinking Lizzo was ‘Precious’, a character from a movie, was a LOT. And people are responding to it on Twitter.