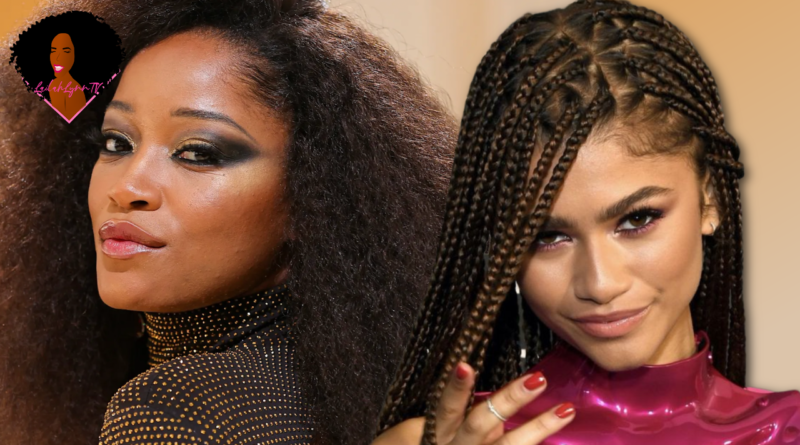 Over the past few days there’s been a lot of conversation online that KeKe Palmer is not as big a star as she possibly could be based on her talent alone. She’s an actress, a singer, a talk show host, and probably has other talents as well.

But some people think that she’s not as big a star as she could be because of colorism against darker skinned women in the entertainment industry. People have been comparing KeKe Palmer’s career to Zendaya’s career, who is almost the same age as KeKe, but people say that she’s had more “mainstream” success than KeKe.

And now KeKe Palmer has finally responded to comments.

One of the tweets that sparked the debate and the comparisons between KeKe and Zendaya was this:

And I think it’s that word “mainstream” which is triggering people. Because obviously KeKe Palmer is super successful and super talented, but the fact that people say that she is not “mainstream” is what is debatable.

There were over 1,000 responses to that one tweet, which may have been what prompted TMZ to actually cover the conversation that was going on about the two actresses on Twitter.

This viral thread went on to say:

KeKe Palmer actually responded to the comparisons to Zendaya a few hours after TMZ covered the conversation. TMZ posted Sunday afternoon about the Twitter conversation, and by Sunday evening KeKe Palmer had responded and said:

What do y’all think about KeKe’s comments saying that she is incomparable and listing a few of her historic accomplishments? Leave a comment with your opinion.

When people questioned if Ari Lennox’s song “Pressure” didn’t have as many streams as Chloe Bailey’s song “Have Mercy” Ari Lennox denied colorism ever affecting her career as well and instead defended Chloe Bailey.