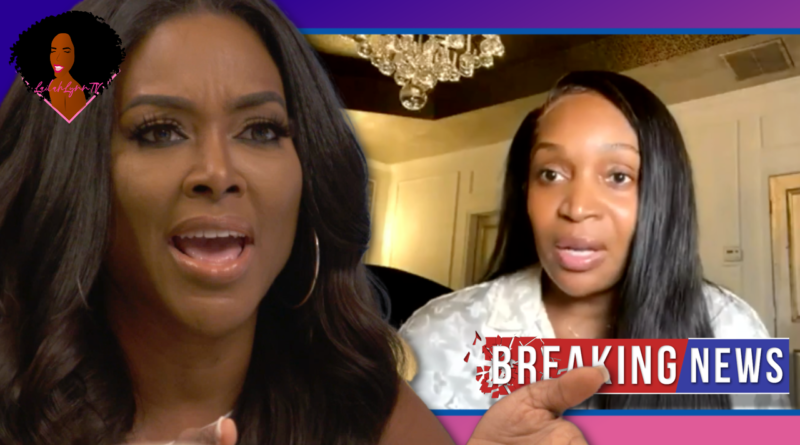 ICYMI, yesterday it was revealed that Marlo Hampton and her nephews were the victim of a gang related robbery, where a group of robbers targeted her home and broke down her door about 3 weeks ago (on July 1st.) And now Kenya Moore is claiming that Marlo withheld a lot of information about the robbery that could have put other RHOA cast mates at risk of being robbed as well, because the robbers were specifically targeting celebrities.

Police have solved a string of violent home invasions targeting celebrities across metro Atlanta. Four suspected gang members are now in custody in connection to at least 15 home invasions over the past year.

One of those celebrities was Marlo Hampton of the “Real Housewives of Atlanta”, who told Channel 2 investigative reporter Mark Winne that she watched on her security system as armed, masked men kicked her door down making a loud boom.

A deep investigation into the gang’s past led Sandy Springs investigators to stake out her home knowing she might be a target.

“We got lucky and we got it right. And as we targeted them, they came on scene. Both a foot chase and a vehicle chase ensued and we were able to take four people into custody.”

“The investigation’s been ongoing for at least a year now. The investigation started with a home invasion on Oct. 1 along Northside Drive for which seven suspects were arrested.

And investigators said that the gang mostly targets the homes of high-profile entertainment, sports or social media figures with targets including players from the Atlanta Falcons and Atlanta United and other high profile people.“

I’m not sure if Marlo was allowed to share any of the information that police may have shared with her. So I don’t want to blame her for not saying anything if she couldn’t.

But if she was in a position where she could share information with her cast mates, then I think she should have. Especially since they’re all kinda in the same boat as high profile people. They’re all targets and you would think they would look out for each other even if they have drama on the show. In real life, I would expect them to share important information like that with each other and with the entire production team.