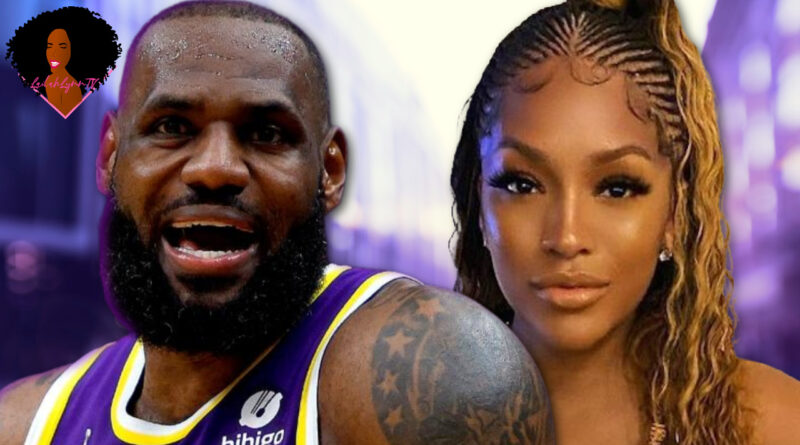 On the preview of this Sunday’s episode of The Real Housewives Of Atlanta, sophomore peach holder Drew Sidora, claims she once dated the “king” of the NBA. And now, the King of the NBA, LeBron James, seems to be subtly responding to Drew’s claims by posting a letter to his beautiful wife, Savannah, pointing out how he’s been with HER since High School.

On the clip of the episode that floating around social media, the Housewives are playing a game about celebrities that they have flirted with or dated. And Kandi reminds everyone that she used to date Gerald Levert.

And Drew Sidora says she dated the “king” of the NBA. And that he was listening to her music before his games and that’s what had him winning.

I was on Melrose and we were at a restaurant and a certain king of the NBA sent me over a drink. We went on a couple of dates, he flew me to his games. He would listen to my music before his games. All those games he was winning, it was off of my music! I’m just saying.

And of course fans think Drew is referring to LeBron James because 1. she called him the King of the NBA, which is LeBron James’ nickname. 2. his instagram name is literally King James. And 3. because Drew Sidora has name dropped LeBron on RHOA before.

The reunion conversation started with Drew saying, “Bolo said to me that he met me with LeBron James in the past. And so, yeah, I’m friends with LeBron James, and I used to be with a lot of people.”

Then Andy Cohen asked, “You and LeBron and Bolo were together?” and Drew responded, “No! He said he met me out with LeBron, and he had eyes for me or something. And I was like, ‘Well, yeah, I be around a lot of Hollywood people. You know? I run in different circles, so…”

Then Andy asked her again, “Are you and LeBron friends?” Drew said that they’ve “been friends [since] before he got in the NBA.”

And I did some research back to when LeBron James was transitioning from High School to the NBA and there were rumors then that he was dating Drew Sidora, who was becoming a well known actress at the time.

Drew did a sit down interview with The Chicago Tribune and dodged addressing that rumor.

But LeBron James may have answered the question for Drew, because he posted a letter dedicated to his wife Savannah and he conveniently pointed out that they have been together since High School.

Do you think Drew is lying about having dated the “King of the NBA?” Or do you think maybe she did date him between him possibly being on and off with his now wife Savannah? Leave a comment and share your thoughts.