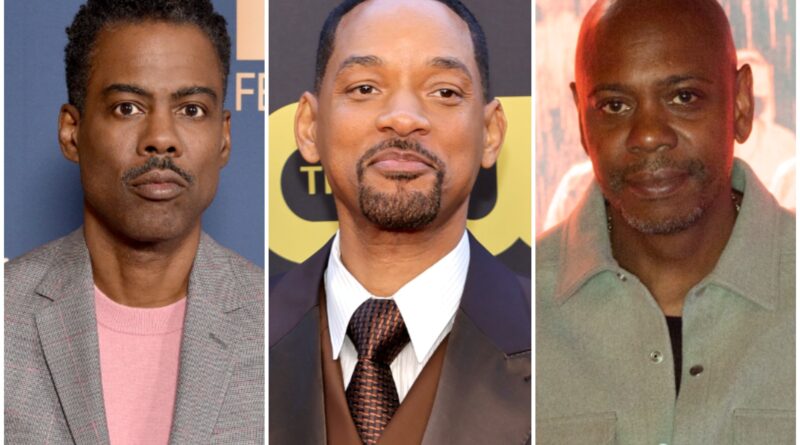 In case you missed it, comedian Dave Chappelle was attacked on stage last night while performing stand up comedy at the Hollywood Bowl.

A disgruntled rapper ran up on Dave as he was saying something about “hip hop history” and tackled Dave Chappelle to the ground. Dave’s security and other men on the stage, then subdued the man by basically stomping him out.

The guy who assaulted Dave Chappelle definitely wanted some serious repercussions for his actions because he was armed with a fake firearm that allegedly concealed a fake knife as well. So he appeared to be armed and dangerous to anyone looking at him, even though the item was fake.

The same guy who allegedly rushed Dave Chappelle on stage also used the comedian as the inspiration behind his own rap career … naming a song after DC.

Isaiah Lee, the 23-year-old allegedly responsible for the attack, is a self-proclaimed rapper by the name of NoName_Trapper. He actually has a song on his 2020 album titled, “Dave Chapelle’ on Spotify.

Lee got roughed up, and was booked for felony assault with a deadly weapon. He’s now being held on a $30K bond.

What do you think about this guy running up on Dave Chappelle and tackling him to the ground? Do you think he had some time of death wish or something being that he was armed with a fake firearm and knife? Leave a comment and share your thoughts!