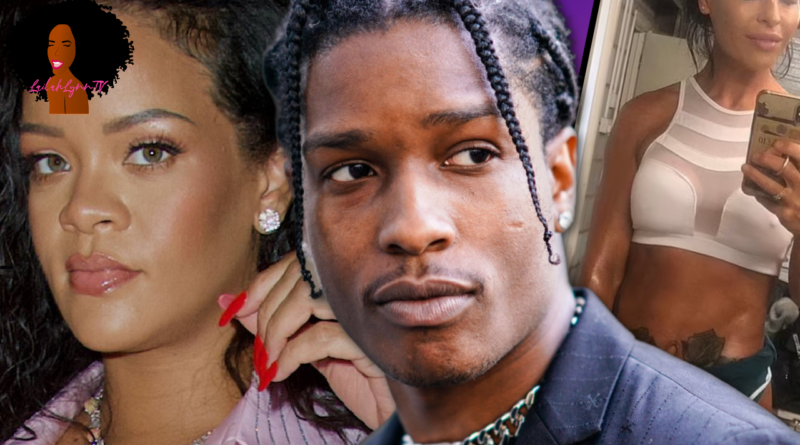 The Daily Mail is reporting that a British mother-of-three, 45, claims Rihanna’s fiancé A$AP Rocky, 33, has been ‘secretly messaging her behind pregnant singer’s back’… weeks after cheating claims were denied.

A British mother-of-three has claimed Rihanna’s fiancé A$AP Rocky has been ‘secretly messaging’ her for months, just weeks after denying rumors that he’d cheated on the singer with shoe designer Amina Muaddi.

The Sun has claimed that a woman named Jilly O’Donnell, 45, was contacted by someone who appears to be the rapper, 33, on Instagram, where he ‘bombarded her with flirty messages.’

According to Jilly, the alleged communication between herself and Rocky began in December 2021 and continued until ‘the start of last month.’

It was also alleged that he once offered to fly Jilly ‘1,700 miles to Ukraine to meet him’ months prior to the Russian invasion in February.

In a message purported to be from the rapper, he wrote: ‘I’m down, would you be down to meet me in Ukraine? If I sort it out I could arrange for u to be there when I get there.’

Responding to the message, Jilly insisted travel restrictions prevented her from flying as the UK continued to feel repercussions of the coronavirus pandemic.

She wrote: ‘I can’t get to Ukraine haha, I can’t even afford Xmas after lockdown last year. Plus the Prime Minister is a fat useless b*d so no one is allowed anywhere. You should come here. Ukraine sounds freezing.’

Rocky allegedly responded with: ‘What you guys can’t travel anywhere???? That sucks. I just got here. Freezing my f*g balls off. The gym here is beautiful though.’

He later added: ‘Man, I got so fat in the past week. Wish we could have worked out.’

The search for firearms at the home of ASAP Rocky turned up firearms.

Sources close to Rocky tell TMZ cops determined very quickly the “lawfully purchased and legally registered” guns found in the rapper’s home were not connected to the crime. But ASAP Rocky sources tell TMZ officers never even removed the weapons from the home, because they knew there was no relation to the weapon used in the alleged shooting.
But TMZ’s law enforcement sources maintain they seized weapons from the home.

So it’s still unclear what is going on with those accusations against ASAP Rocky.

Leave a comment and let me know what you think about the British mom claiming ASAP Rocky slid in her DMs and wanted to fly her out to work out with her? Do you think it’s possible that she is being truthful?

And what do you think about the allegations about ASAP Rocky? Leave a comment and share your thoughts!