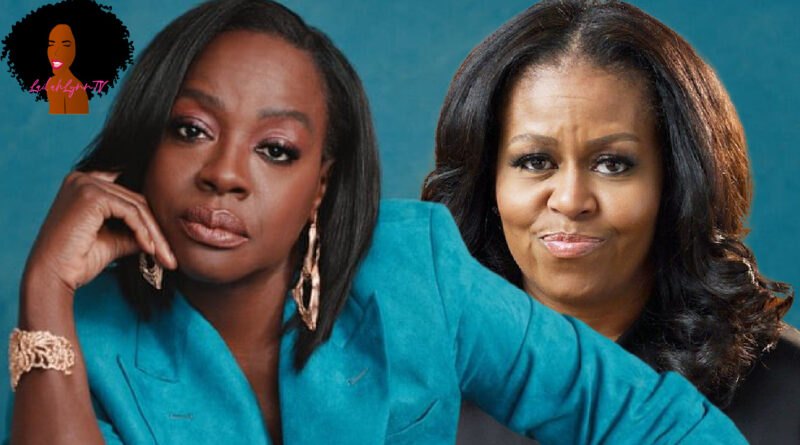 What’s up you guys!

So for the past few weeks there have been rumblings online that renowned actress, Viola Davis, made a big misstep in her portrayal of former First Lady, Michelle Obama, in the Showtime series “First Lady.”

The show premiered on Showtime on April 17 and follows the lives of Michelle Obama and other first ladies – including Eleanor Roosevelt and Betty Ford. However, many people are ridiculing Viola Davis for pursing her lips throughout much of the biopic.

According to Internet reactions, Viola Davis, exaggerated the way that Michelle Obama purses her lips and made her portrayal more of a caricature than a realistic portrayal.

Social media users shared clips from the series with their opinions of Viola Davis’ choice to overly purse her lips.

So Viola Davis knew, going into the role, that there would be criticism of her portrayal because of the fact that people watched Michelle Obama’s every move, every smile, every wink, every eye roll and every pursed lip for over 8 years.

And she recently sat down for an interview with the BBC and addressed the online critiques of her portrayal of Michelle Obama.

“Critics absolutely serve no purpose. And I’m not saying that to be nasty either.

“They always feel like they’re telling you something that you don’t know. Somehow that you’re living a life that you’re surrounded by people who lie to you and ‘I’m going to be the person that leans in and tells you the truth’. So it gives them an opportunity to be cruel to you.

“But ultimately I feel like it is my job as a leader to make bold choices. Win or fail it is my duty to do that.”

The decision to overly purse her lips was definitely a bold choice in my opinion, especially considering the criticism that Michelle Obama has faced just for being a Black woman minding her business.

Viola says playing someone as familiar as Michelle Obama was “almost impossible”. “Either you’re doing too much or not enough,” she noted.

And she has no idea what the woman in question thought of her portrayal. “I don’t have any personal contact with Michelle Obama,” she said.

Hopefully, Michelle Obama wasn’t as insulted as some viewers of the series seem to have been. But I can’t imagine it didn’t surprise her to see her face portrayed that way on television.

In 2019, Michelle Obama was doing press to promote her new Netflix series Waffles + Mochi, where she opened up about another project.

While it’s unclear when the show will debut yet, Obama told Entertainment Tonight that she felt she wasn’t ‘worthy’ of Davis portraying her.

‘Viola Davis is the greatest, OK? I feel that I’m not worthy,’

‘I wish I could be better to live up to the character that Viola has to play, but it’s exciting,’ Obama added.

‘Anything Viola does, she does it with passion and vigor, and I know she will do no less for this role,’ she concluded.

So clearly Michelle Obama was looking forward to Viola Davis portraying her. And she knew Viola was going to play her with passion like she does all of her roles.

After Davis was cast as Obama, she opened up about the First Lady in an interview with ET back in September 2019.

‘That’s what we do as actors, we want to honor the human being. We don’t want to give a portrayal that isn’t easy for people to swallow,’ Davis concluded.

It seems like Viola Davis might have done just that. She might have given a performance that is hard for people to swallow because of the way she chose to form her lips in the portrayal of Michelle Obama.