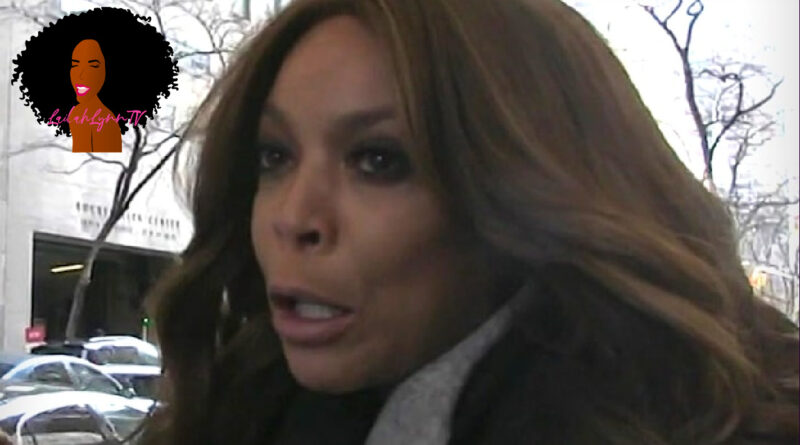 Wendy Williams has made her first public statement about the ongoing legal situation between her and Wells Fargo. Wells Fargo has frozen ALL of Wendy Williams accounts because they believe she is not in sound mental health.

Now Wells Fargo has responded to Wendy’s lawsuit requesting that they unfreeze Wendy’s accounts by requesting a guardian be appointed over her accounts.

“We are concerned about [Williams’] situation,” Wells Fargo attorney David H. Pikus told Page Six. “It is our hope that the Guardianship Part [of the court] will imminently appoint a temporary guardian or evaluator to review the situation and ensure that [Williams’] affairs are being properly handled.”

And Wells Fargo also filed a letter saying it is “open to arranging with [Williams’] counsel to release funds directly to the creditors to pay outstanding amounts that have been historically and regularly paid from the accounts in question, such as employee salaries, utilities and the like.”

Again, this is at the urging of Wendy Williams former banker, Lori Schiller, whom Wendy has since fired.

Wendy Williams has released a statement to the media, which was printed in full by The Jasmine Brand. Check out the details of Wendy’s statement here:

On behalf of Wendy Hunter, professionally known as Wendy Williams, as counsel to her and her affairs, Wendy wants the world to know that she strenuously denies all allegations about her mental health and well-being.

During this hiatus from the show, Wendy has employed holistic health professionals to help her reach optimal health during her treatment of Graves’ disease and thyroid concerns.

It saddens Wendy that Wells Fargo, has chosen to believe the allegations of a former employee who is upset because she no longer has direct and unfettered access to Wendy’s financial affairs. Wendy had to unfortunately bring this action because Wells Fargo has refused to honor her Power of Attorney, granting her son authority to make inquiries to the bank on Wendy’s behalf. Wendy further believes that all of the false narratives currently making the rounds derive from this source and she is saddened that she once considered this person a friend. Wendy can’t believe that Wells Fargo has wrongly denied her access to her funds without justification. She has spoken to several bank representatives and has even gone into a local branch and discussed this issue with bank managers, as clear evidence that there are no concerns about her state of mind. In fact, Wells Fargo’s alleged suspicions were never raised until Wendy made it known that she no longer wanted to bank at Wells Fargo due to the bank’s mishandling of her complaints against her advisor.

Wendywantsyoutoknowsheisfine [sic] ;sheisofsoundmindanddisappointedaboutfalselycirculated [sic] statements from an industry she has devoted her life to. Wendy is grateful for the love and the outpouring of support she has received from her fans and she can’t want to get back. She thanks everyone who has been patiently awaiting her return and believes that, thanks in large part to the love and support of her son, her family, her new team of doctors and a change of scenery, she is on the mend. Wendy says to all her fans, “How you doing?”

So, please send her positive messages, energy, and affirmations to her social media that she can read daily.

In the meantime, Sherri Shepherd is allegedly gearing up to take over Wendy’s show as a permanent guest host.

Leave a comment about Wendy Williams exposing that it is Wells Fargo that is leaking the wild stories about her and WF not being willing to let Wendy have access to her money!