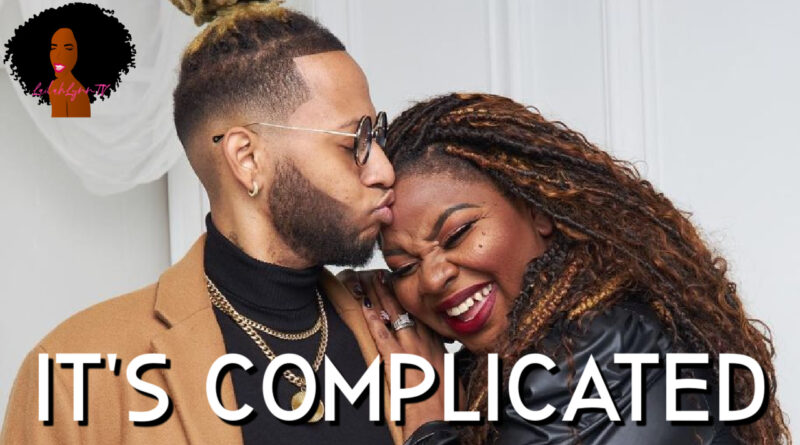 Cora Jakes Coleman, the firstborn daughter of megachurch pastor T.D. Jakes, has announced that her and her husband of 11 years, Brandon Coleman, are divorcing.

Cora Jakes posted a divorce announcement on her social media recently that rocked the church world. She posted a text image with a caption saying,

It is with a heavy heart that I announce that my husband and I have decided to divorce. This is a very private and personal matter and I kindly ask for your prayers as I prioritize myself, and most importantly, my children’s well being at this time. God bless.

Cora and Brandon Coleman united in matrimony on Saturday, June 4, 2011 at the estate of her parents, Serita and T.D. Jakes. T.D. Jakes walked his daughter down the aisle and then officiated her marriage to Brandon Coleman.

Cora’s dress, her bridesmaids dresses, all the fashion (including the wedding red bottoms) were in Essence magazine and it was a really big moment in the Black church world.

Cora is known as the praying daughter of mega-church pastor Thomas Dexter Jakes. And if you didn’t know, Brandon is a gospel rapper that goes by the rap name, Skii Ventura.

They talked about their marriage on a podcast with TD and Serita Jakes in 2020 during the quarantine and opened up about finding their own marriage identity and not copying the marriage culture of their parents.

And Cora has been very open about her experiences trying to birth a child after being diagnosed with PCOS at the age of 22, just 2 years before she got married. Cora told the blog, “Fertility For Colored Girls”

It was almost like once I heard I was going to have struggles with conceiving a child, I gave up on everything else that I wanted to do.

And she explained to Madame Noire how she got diagnosed with PCOS after a car accident,

It was actually a really bad car accident and to date one of the worst car accidents I’ve been in. My car folded in on me. I was hit by a truck going 40 miles per hour down a side street and the next day, when I decided to go to the hospital and get a CT scan of my body they found a cyst on both of my ovaries and it was in that moment and that time that I found out that I had what they called polycystic ovarian syndrome (PCOS) and one of the symptoms or side effects of this syndrome is infertility. It was devastating, and I hated that I had fallen into the stigma of what society said infertility was. I hated that I fell into the idea that God couldn’t do for me because of something that man said, and it took me through quite a bit. I had to figure out how to birth something beautiful while being in such a broken place, and the lord navigated me through it.

Despite dealing with physical infertility, Cora made the decision not to give up on herself and her dreams and she told the blog Fertility For Colored Girls,

… I wanted God to be able to use my heartache for ministry. I felt like, well Lord, if I’m going to go through this war, let it be to help someone else — for His glory. The enemy held over my head, for a long time, with my battle of infertility.

So Cora and Brandon did two rounds of IVF, but they were not successful. And Cora did not physically birth a child.

Each IVF cycle that failed, the Lord blessed us with an adopted child at the end of each one, and I don’t think that I could love either of my children anymore had I not birthed them myself.

Cora and her husband adopted two children, a boy and a girl, who are now around ages 13 and 7. And Cora is the founder of Fertility Faith Ministries the author of the book Faithing It: Bringing Purpose Back to Your Life!

Brandon shared with The Dallas Observer that on his 30th birthday, February 25th 2019, his kidney gave out on him.

Kidney failure, is also called end-stage renal disease (ESRD), and it is the last stage of chronic kidney disease. When your kidneys fail, it means they have stopped working well enough for you to survive without dialysis or a kidney transpalnt, according to the American Kidney Fund.

A year ago on his 30th birthday, Christian rapper Brandon Coleman’s kidney gave out. Up until then, he had been a healthy father of two children and husband to his wife, Cora Jakes Coleman, while working on building his music career. The harrowing and unexpected experience made Coleman take stock of life and gave him a new sense of urgency.

“I promised myself after experiencing not having energy to get up out of bed in the morning or not having the appetite to eat — or me throwing up every time  — I would eat something or drink something if I got the chance to get out and get better, that I was going to live every single day like it was my last,” Coleman says.

Coleman, whose stage name is Skii Ventura, says that because he is a Christian, the music that flows from him and the way he thinks about life are inextricably linked to his spirituality and his conversations with God.

“Because I am a believer, there are a lot of things that I experience on a daily basis and in my spirituality that I navigate, and I like to create from the most natural place,” Coleman says. “If I’m heavily inspired by my spirituality in the moment, then I own that. I take that on and create from that place. … When you hear my music, you hear me navigating with God. … My music is literally my conversations with God.”

Brandon Coleman aka Skii Ventura, featured his wife, Cora, on his music video and song, “Don’t Run From Me.” The song premiered on YouTube in July of 2021.

And now, just 6 months later, Brandon Coleman and Cora Jakes are going their separate ways. Their marriage has come to an abrupt end after just 11 years of marriage when they promised each other a lifetime of love and commitment.

Allegedly, whatever happened that was the catalyst to them ending their marriage was traumatic. It had to be very traumatic for them to work as hard as they did to build a marriage and build a family and then suddenly end it.

And since Cora did kindly ask for prayers in her divorce announcement I encourage you all to leave a prayer in the comment section of this article for them and their children who have to go through the dissolution of this marriage.