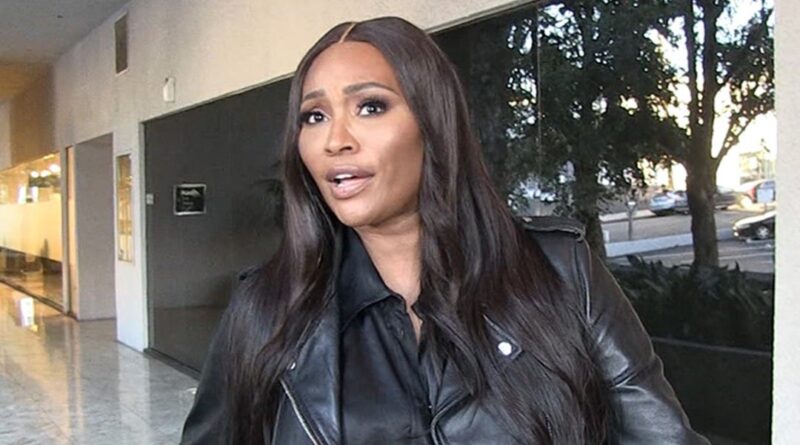 NeNe Leakes did an interview with the Big Tigger radio show and was asked if Cynthia was present for the events and NeNe responded,

Both NeNe and Cynthia shared that Cynthia came to visit NeNe about a week after Greg’s passing and that they had a good time together, just the two of them. However, NeNe’s comments discussing Cynthia Bailey’s absence from Gregg Leakes home going celebration have gone viral.

Generally, TMZ presents their celebrity interviews as if their team of paparazzi have simply run in to celebrities at airports, restaurants, etc. But it should be noted that celebrities often reach out to TMZ themselves to schedule these “meetings” and they are not as random as they appear.

Check out what Cynthia Bailey had to say in response to NeNe’s comments on her absence from Gregg Leakes home going celebration:

I was a little surprised, a little disappointed. It meant a lot to me to connect with her out of respect for Gregg. And, I don’t know what else to say or do other than I always try to move in light and love with NeNe.

At this point I feel like I’ve really tried to at least have a respectful, cordial relationship with her. And I’m very well aware that we’re not friends. But because we’ve had so much history and we’ve been on the show together, I at least wanted to be in a respectful place with her but it seems like that’s not something she’s interested in…

I made every effort to make sure I saw her after. It was actually better for me because I don’t think we would have had time to even connect one on one like we did when I did see her. So it actually meant a lot more to me that I actually got to hang out with her at the lounge.

Regardless of where my friendship is with NeNe I will always have love for her, even if I just have to love her from afar. And that’s not my choice. That’s unfortunately how it is.

My message is: I’m keeping you in prayer and my heart is still broken that Gregg is no longer here, and continued strength to you and you move forward in life. I wish you well.

What do you think about Cynthia’s response to NeNe’s comments? Leave a comment and share your thoughts!