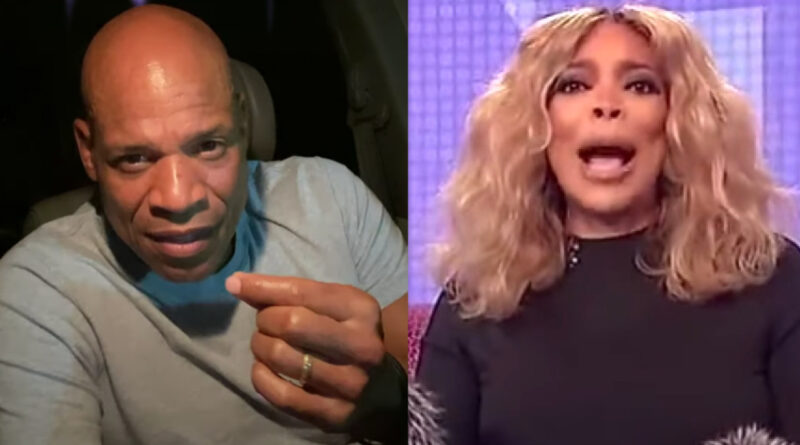 Earlier today media maven Wendy Williams used her daytime talk show to threaten her own brother after he revealed on social media that Wendy Williams did not attend her mother’s funeral.

Watch what what Wendy had to say this morning on her show and then get into her brother’s explosive response below.

After watching his big sister go all the way awf on him on daytime television, Tommy Williams took to his social media to respond to the family drama.

In a very candid video made in his car Tommy asks,

Why didn’t you go to the funeral? Why couldn’t you call Daddy and let him know why?

I was there when you came in that night on the dawning of the wake. And um, you told us, you told Daddy, that you had to race back to New York to handle business, you were only going to be in town for the viewing.

Tommy Williams goes on to explain that their father is very hurt and that is why he is making the video.

Tommy Williams also says the family feud is not about Wendy Williams ex-husband, Kevin Hunter, who came to the viewing and paid his respects.

Why did you have to lie to Daddy and tell him you were going to be back in New York and [instead] you were here?

He also claims that he has tried reaching out to Wendy ‘numerous times’ but she hangs up and doesn’t call back.

He then leans closer in to the camera and says,

The main thing that I’m asking you Wendy is please, please tell Daddy why you didn’t attend the funeral!

And take responsibility for what you’ve done, the pain you’re causing, and pick up the phone when he calls.

I love you and I’ll always be here for you.

What do you think of Tommy Williams exposing Wendy Williams lying about her whereabouts the day of her mother’s funeral? And what do you think about Tommy bringing all this family drama to social media? Leave a comment and share your thoughts!

5 thoughts on “Wendy Williams Brother Tommy RESPONDS To Wendy “I’ve put my foot all the way in and I’m going to twist it!””