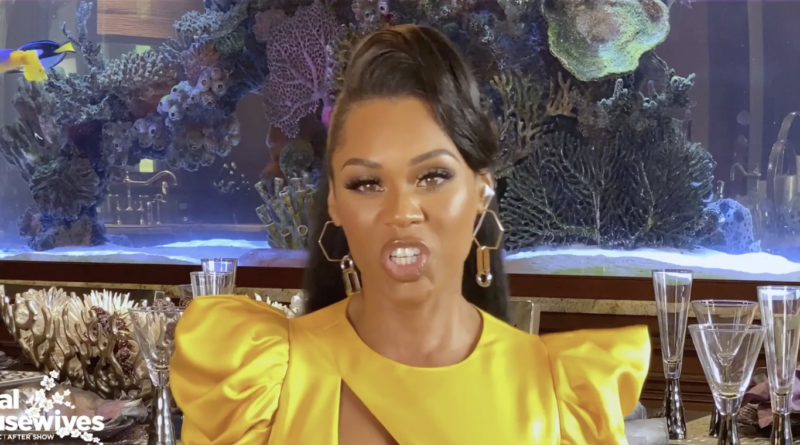 Tonight is the premiere of the Real Housewives Of Potomac Reunion Part 1. And the cast will likely rehash the fight between Monique and Candiace for the thousandth time.

In a behind the scenes interview both Monique and Candiace shared their perspective of the fight – moment by moment and blow by blow. And at one point Monique shares that she was “standing her ground” with Candiace, who she perceived as a physical threat because Candiace previously threw a knife at Ashley’s feet.

Monique said in the interview,

At this point, all that’s in my mind it that I’ve seen this girl in action. I’ve seen her with knives. I’ve witnessed her behavior and I know when it’s a threat.

So at that point I’m going to do what I’m supposed to do which is stand my ground.

What do you think of Monique Samuels saying she was ‘standing her ground’ with Candiace? Do you think Monique really perceived Candiace as a threat?

And personally, I really wish Gizelle wouldn’t have pushed Monique at all. It seems that Gizelle’s push escalated things from a bad argument to a physical fight.