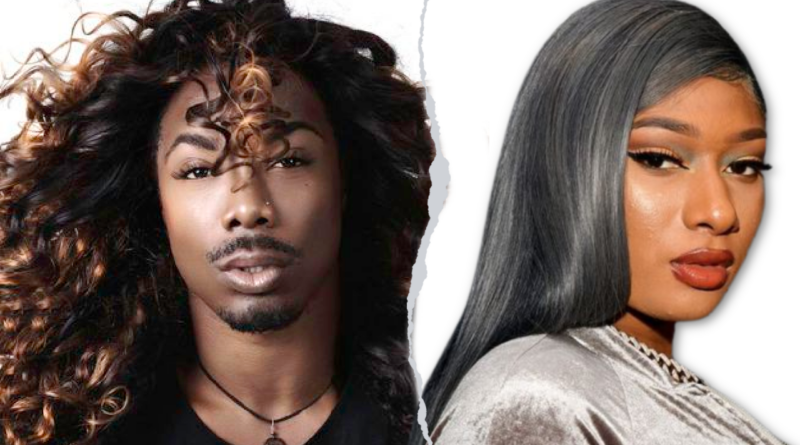 Megan Thee Stallion’s fashion stylist, EJ King, has announced live on social media that he is no longer working with the star. Megan has had quite a tumultuous year, first being shot (allegedly) by the man she was dating, rapper Tory Lanez, and then losing several friends in the whirlwind that happened after she was shot.

EJ King had been Megan’s primary wardrobe stylist and he talked about working with Megan in his 2019 BET interview,

Working with Megan is a breath of fresh air, because she’s such a down-to-earth person.

But now things have changed and he is no longer working with Megan Thee Stallion. And it appears that their relationship has soured. He said in a video posted to social media,

In a follow up live video posted to social media he explained further,

He went on to say,

There are situations and there’s things that I will never discuss. And there’s ways that I feel that (you know) that’s my own feelings.

Anybody that followed me because I worked with Megan – if it’s bothersome to you, you can’t wrap your brain around, unfollow me! Unfollow me right now!

There was a change.org petition to have EJ King fired as Megan’s stylist prior to the two parting ways:https://www.change.org/p/hot-girls-petition-to-fire-ej-king-as-meg-thee-stallion-s-stylist?

What do you think of EJ King announcing on social media that he is no longer working with Megan Thee Stallion?