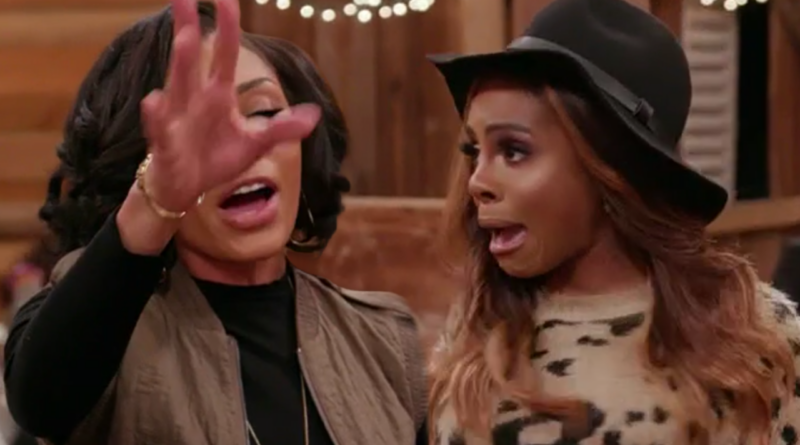 On Sunday night’s episode of the Real Housewives of Potomac we saw Housewives Monique and Candiace’s tension escalate into physical violence. The two women lost their cool and had a physical altercation in the middle of a restaurant.

Here’s how the conversation escalated from just words to violence:

“Are you guys good since the lake house?”

“I love Monique even when Monique pretends to be asleep when I’m about to leave.”

“Do y’all not understand what I went through? Well, you wouldn’t understand you don’t have kids.”

Monique explained that you can’t Mom shame someone who is not a Mom. And the two went back and forth verbally until Monique began to touch and toss Candiace’s hair in the middle of their verbal altercation – this is the first time either one of them actually initiates physical contact with the other one.

The physicality of the argument was initiated by Monique touching Candiace’s hair. This is the same way the fight between Toya and Mariah started. Mariah tossed Toya’s hair while they were arguing and Toya threw a drink at her in response because she felt physically violated.

The episode is to be continued next week. Check out how fans are reacting to the melee on Twitter:

Below are the top tweets on Twitter this morning mentioning Candiace and Monique. It appears that fans have sided with Candiace after seeing footage of the fight and seeing that Candiace didn’t throw a drink at Monique like it was being reported.

What do you think about the altercation between Candiace and Monique? Leave a comment and share your thoughts!