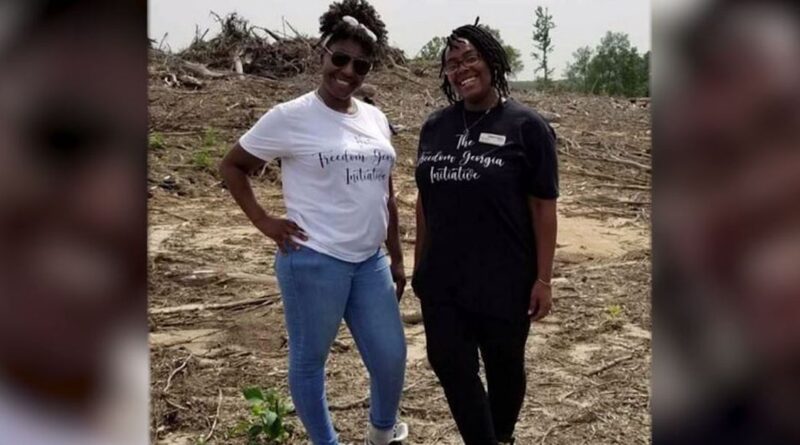 Real estate agent and real property mastermind, Ashley Scott, spearheaded a movement to create a safe space for Black people by gathering 19 Black families and buying 97 acres of land in Georgia. Ashley, along with her friend and investor Renee Walters, led the movement which resulted in the creation of a city called Freedom, which is located just east of Macon in rural Wilkinson County, Georgia.

Ashley Scott explained her hopes for the city,

“I’m hoping that it will be a thriving safe haven for people of color, for Black families in particular.”

The goal is not just to create a residential area that is safe for Black people to live, move and have their being – but to also create a space for Black businesses to thrive. Ashley shared,

“Being able to create a community that is thriving, that is safe, that has agriculture and commercial businesses that are supporting one another and that dollars circulating in our community, that is our vision.”

Take a good look at the land before the City of Freedom comes into fruition.

Ashley Scott shared that the groups vision is to create a space where Black people can be a tribe again and work together as a community.

“Watching our people protesting in the streets, while it is important, and I want people to stay out in the streets, bringing attention to the injustices of Black people. We needed to create a space and a place where we could be a village, again, a tribe, again.

How did this happen?

According to CNN, there was a website called Toomsboroforsale.com run by Tim Bumgardner, a developer who owned more than 30 properties around town that captured Ashley’s attention. But it turns out the town actually wasn’t for sale, the title of the website was just a clever marketing ploy.

But Ashley Scott and Renee Walters did find land in a nearby unincorporated county (Wilkinson County) that was for sale. And the rest is history!

“To be able to pass this land down to my children and to the children that are represented by each of our 19 families. As a piece of legacy. We’re hoping to create legacy.”

What do you think about 19 Black families gathering to purchase a city in Georgia? Would you move there? Leave a comment and share your thoughts!