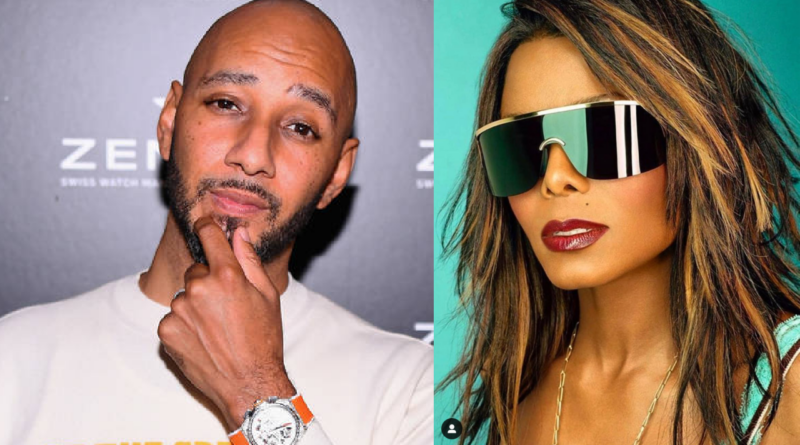 Swizz Beatz recently caught backlash on social media for saying Janet Jackson doesn’t have the catalog to match Missy Elliott in a Verzuz battle. Now Janet is seemingly responding to the shade.

Swizz Beatz was on a live video with Timbaland, the co-creator of Verzuz, when Timbaland suggested a battle between Janet and Missy Elliott. Swizz shook his head in disagreement and said,

Because Missy can be multiple people. Janet just gonna be Janet.

Missy was in the live chat and she commented ‘her vault is too big’ in reference to Janet Jackson’s decades long career of singing top charting songs.

But Swizz Beatz disagreed and said,

I don’t think so. I don’t agree. I disagree with that.

As if Janet doesn’t have the hits!

Now Janet is seemingly responding to the shade from Swizz Beatz with some shade of her own. She posted a picture of herself with a pair of large shades over her eyes and said,

Swizz Beatz has since tried to clear up what he said with a comment acknowledging that Janet is an icon, and that she does have hits on hits.

Who do you think Janet should face in a Verzuz battle? Leave a comment and share your thoughts!