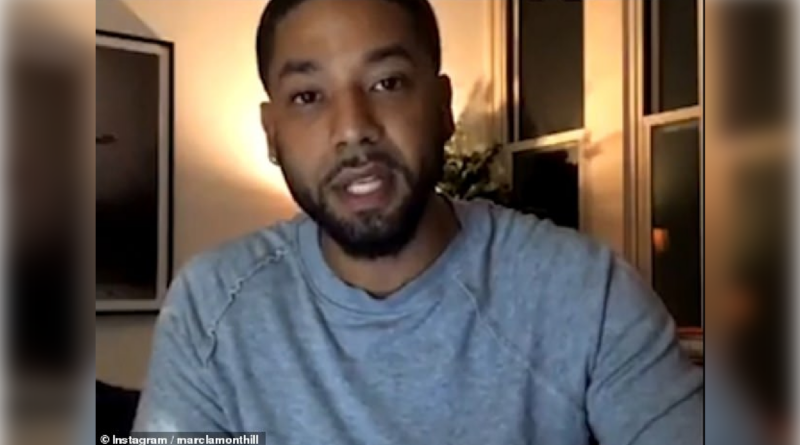 On Wednesday, September 9th, Jussie Smollett sat down for a rare interview with Marc Lamont Hill, a journalist and professor at Temple University. In the interview Jussie spoke out about his case, police corruption, BLM and a lot more.

During the interview Jussie maintained his innocence and claimed that the City of Chicago is trying to make an example out of him.

The City of Chicago wants a judge to force the FBI to hand over records of the Bureau’s probe into the Jussie Smollett case — according to documents viewed by TMZ.

The City of Chicago wants the FBI’s records about the above letter and about the alleged attack to determine if the FBI uncovered any information about Jussie possibly ‘faking’ the attack. However, the FBI is refusing to hand over the records because their investigation into the letter and the attack is still open.

Meanwhile, various activists including Danny Glover, Angela Davis and more have written an open letter in support of Jussie Smollett and accusing the Chicago PD of attempting to hide a hate crime.

The letter is signed by the mother of Eric Garner in addition to activists Angela Davis, Danny Glover, Melina Abdullah and many more.

It reads in part:

We, the undersigned, appeal to you to join us as we stand in solidarity with artist and activist Jussie Smollett.

As we focus on keeping our loved ones and those most socially vulnerable safe and healthy during these times of COVID-19 and of White nationalism in the White House, we remain painfully aware of the police crimes that continue to plague our communities, having claimed precious lives in the last months.

At a time when the people of Chicago are demanding community control of the police and when our movement for Black Lives demands that police be defunded and demilitarized, Chicago police and prosecutors continue to expend precious public resources to cover up a hate crime and renew their fabricated case against Jussie Smollett.

Jussie faces false charges of felony disorderly conduct and is still being forced to fight back against a relentless and vicious smear campaign initiated by the Chicago Police Department and uncritically disseminated by the media.

We believe Jussie, not the CPD.

What do you think about Jussie Smollett maintaining his innocence? Leave a comment and share your thoughts!