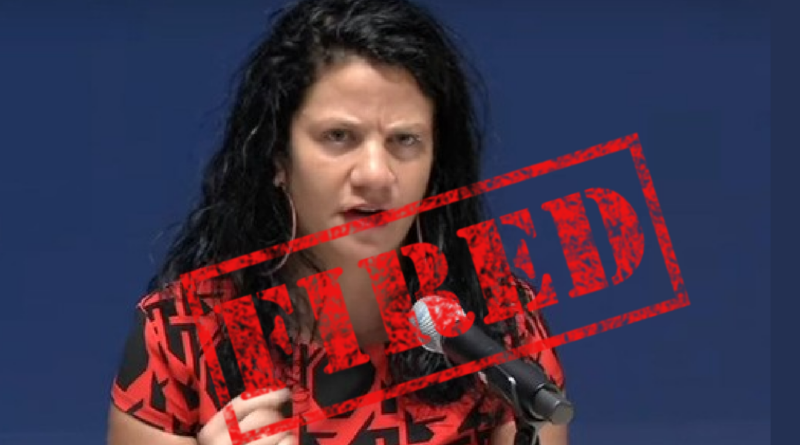 George Washington University professor Jessica Krug is about to lose her job as an Associate Professor of History for lying about her own history and racial identity. The Jewish-American woman recently confessed to lying about being of Afro-Caribbean descent for most of her professional career.

She confessed in an essay on Medium,

To an escalating degree over my adult life, I have eschewed my lived experience as a white Jewish child in suburban Kansas City under various assumed identities within a Blackness that I had no right to claim: first North African Blackness, then US rooted Blackness, then Caribbean rooted Bronx Blackness. I have not only claimed these identities as my own when I had absolutely no right to do so — when doing so is the very epitome of violence, of thievery and appropriation, of the myriad ways in which non-Black people continue to use and abuse Black identities and cultures — but I have formed intimate relationships with loving, compassionate people who have trusted and cared for me when I have deserved neither trust nor caring…

Just hours ago her employer, George Washington University, released a statement threatening to fire her if she doesn’t quit!

The members of the faculty of The George Washington University Department of History are shocked and appalled by Dr. Jessica Krug’s admission on September 3, 2020 that she has lied about her identity for her entire career. With what she has termed her “audaciously deceptive” appropriation of an Afro-Caribbean identity, she has betrayed the trust of countless current and former students, fellow scholars of Africana Studies, colleagues in our department and throughout the historical discipline, as well as community activists in New York City and beyond. The discipline of history is concerned with truth telling about the past. With her conduct, Dr. Krug has raised questions about the veracity of her own research and teaching. Accordingly, the department calls upon Dr. Krug to resign from her position as associate professor of History at GW. Failing that, the department recommends the rescinding of her tenure and the termination of her appointment.

The last statement is the equivalent of saying ‘either you quit or you’re fired!”

What do you think of Jessica Kruger pretending to be of Afro-Caribbean descent? And what do you think about her losing her job due to her lies? Leave a comment and share your thoughts!