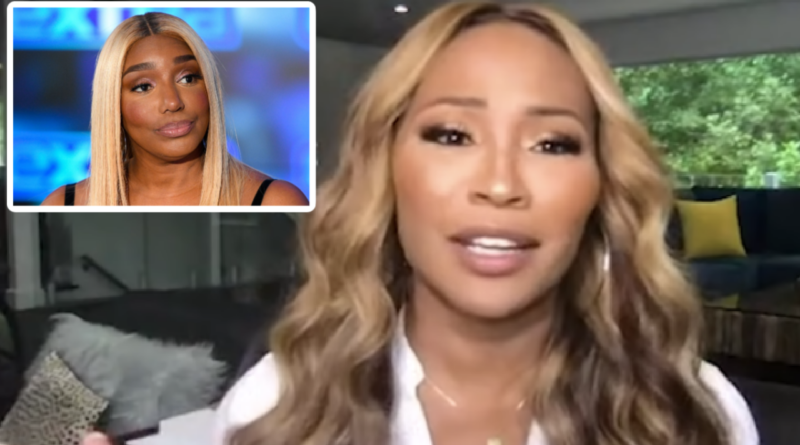 Real Housewife of Atlanta, Cynthia Bailey, recently sat down with Justin from E! News to dish on returning to Atlanta to film Real Housewives of Atlanta during the pandemic and she also spilled a little tea about NeNe Leakes, who has disappeared from RHOA and from Instagram.

Cynthia revealed that in order to film for RHOA each of the ladies has had to agree to weekly COVID tests. She explained that she was having trouble with the long swab up her nose, however, she is able to deal with having something long down her throat.

Cynthia also dished on her relationship and impending marriage to Mike Hill.

Side Note: Their relationship seems so normal and non-dramatic and I applaud them for that. In real life it’s great to have a passionate yet peaceful relationship. It’s just not the most interesting relationship to watch on television. But kudos to them!

Cynthia also spilled the tea on the allegations that NeNe Leakes has officially been ‘removed’ from The Real Housewives of Atlanta cast. She told Justin,

In the interview Cynthia says,

First and foremost I don’t really have any real answers for you to be honest. All I know is what I read and see on the blogs too.

I can tell you I haven’t filmed any scenes with her. With contract negotiations, it’s not unusual for people to still be negotiating their contract. We’ve been over here filming for about two months now, but I’m just saying it’s not super unusual. However, at the end of the day (and I mean this) NeNe and I are where we are now, but for a long time she was a very good friend of mine who I loved very much and who I still have love for.

I want her to do what is best for her. You know what I’m saying? Like, she was one of the OGs on the show. You know? When you think of Real Housewives of Atlanta you do think of NeNe.

Check out the full interview here:

What do you think of Cynthia saying that it’s possible NeNe is still negotiating her contract despite the rumors that Bravo ended negotiations with NeNe? Leave a comment and share your thoughts!